Chris Pratt learned to do French braids for the sweetest reason

Chris Pratt is a hero.

When it comes to what we look for in our other halves there are some commons hopes including that they make us laugh, smile, and feel happy and loved.

What we would also really like is that they can do our hair, but that's not always realistic. But for Anna Faris, who is married to Chris Pratt, every night that is a reality. 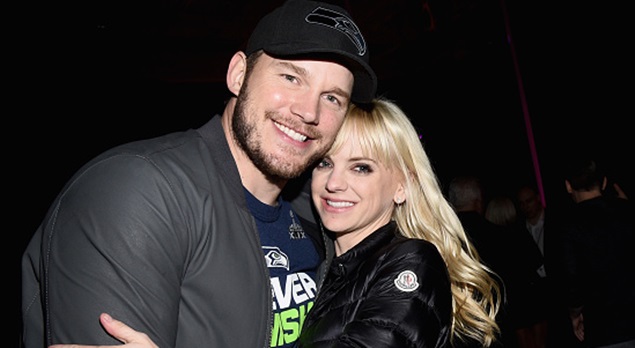 Chris wowed the world back in 2014 with his fantastic braiding skills which put us all to shame. The reason why he learnt to do it has been revealed and it is the sweetest thing ever.

He was speaking to InStyle when they asked him why he learned to French braid. He explained that he knew how to braid from his sister when they were younger but changed the style around to help stop Anna's hair from breaking.

"My sister taught me how to braid when we were younger. Then, I would braid Anna's hair at night ... it was a nice little ritual. But her hair started breaking off at the top of the braid because she was sleeping on it.

So Anna's mom thought a French braid might distribute the pressure. She taught me when we were in Hawaii shooting Jurassic World."

So he deliberately learnt how to learn a new type of braid for his wife. SWOON!

popular
Couple decide to live on cruise ship permanently after finding it's cheaper than paying mortgage
Siobhan O'Hagan reveals she's expecting her first child
Police believe they know what happened to missing dog walker Nicola Bulley
Going on solo holidays is good for mothers, science says
Sad news for the royal family as Princess Beatrice's puppy dies from poisoning
Louise Thompson required surgery after haemorrhaging at home
Love Island's Anna-May admits she thinks one of the girls is playing a game
You may also like
1 week ago
Bruno Tonioli confirmed as David Walliams' Britain's Got Talent replacement
1 week ago
Love Island's Haris reportedly dumped from villa after street brawl video
1 week ago
Kylie Jenner wears huge lion's head attached to dress at fashion show
2 weeks ago
Selena Gomez hits back at trolls who body-shamed her after attending the Golden Globes
3 weeks ago
Is Nurse Lucille Robinson leaving Call The Midwife forever?
3 weeks ago
Twitter post fuels debate over what 45-year-olds looked like in the '90s
Next Page