Coronation Street is going to be celebrating Christmas early this year for Sinead Tinker.

The young mum has been given just a few weeks to live after she was recently told that her cancer had spread.

Metro report that in scenes set to air next week, Kirk Sutherland gathers the family together to plan an early Christmas that Sinead can be a part of. 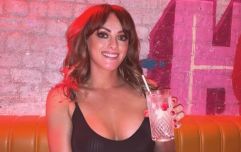 END_OF_DOCUMENT_TOKEN_TO_BE_REPLACED

Sinead is out enjoying her time with Daniel, Beth, Kirk and Craig at a picnic in Victoria Garden.

But after she struggles during charades, it becomes clear to the others that she is too unwell and needs to be taken back home.

She later confesses to Beth that she doesn't have much energy anymore, and that she's finding even the smallest tasks have become incredibly difficult.

Kirk decides that he wants to cheer her up, so he talks to Beth, Adam and Tracy about the possibility of setting up plans for a festive celebration. 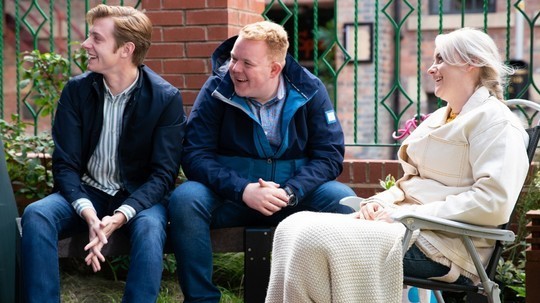 It comes as Katie recently revealed why she was "really pleased" to be leaving Coronation Street after six years.

The actress recently finished filming her final scenes for the long running soap, as her character Sinead Tinker is set to tragically die in the coming weeks. 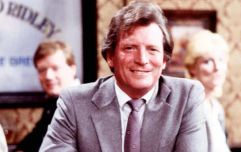 END_OF_DOCUMENT_TOKEN_TO_BE_REPLACED

The 26-year-old told OK! Magazine how she had gone to Corrie bosses two years ago to tell them she wanted to leave, she hadn't gotten "a decent story."

The actress added that she thought they should "finish with the saddest ending" to Sinead's storyline, "because life’s not a fairy tale."

popular
The internet is saying the same thing after Ryan's Toy Show opening
Vicky Phelan says terminally ill people should have right to decide how to die
The best memes from this year's Late Late Toy Show
We finally know what happened to Sam in And Just Like That
8 of the hottest make-up trends to try this festive season
Strictly's Giovanni Pernice responds to dating rumours following split from Maura Higgins
You can rent out the house from House of Gucci on Airbnb
You may also like
2 weeks ago
Former Corrie actress Victoria Ekanoye reveals she has breast cancer
6 months ago
Coronation Street is now on Airbnb and yes, you can stay overnight
1 year ago
Corrie hit with Ofcom complaints after face masks removed in hospital scene
1 year ago
Corrie's Jack P. Shepherd shares throwback photos to celebrate 20 years on the soap
1 year ago
Real life Corrie couple Sally Carman and Joe Duttine have gotten engaged
1 year ago
Corrie's James Burrows has landed his first role after leaving the soap
Next Page