We're big fans of The Crown - not least because of how it explores royal scandals.

From the Duke of Windsor's relationship with Hitler to Princess Margaret's romance with a married man, the series has never shied away from tackling moments that Elizabeth, Phillip and co. would surely rather forget. 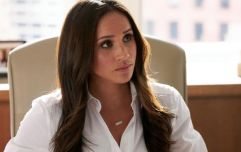 18 months after Meghan's exit, Suits snuck in a joke about Prince Harry

END_OF_DOCUMENT_TOKEN_TO_BE_REPLACED

But if you'd been looking forward to seeing how The Crown handles the notorious leaked 'tampon-gate' phone call between Prince Charles and Camilla Parker-Bowles, we have some bad news.

The show won't be featuring the scandal as a storyline at all, star Josh O'Connor has revealed.

"When they offered me the role, one of my first questions was — I say questions, I think it was pretty much a statement — ‘We are not doing the tampon phone call,'" he told EW.

"Pre-The Crown, I've made many independent films, many television shows where there's a lot of nudity, a lot of slightly dodgy characters, and this was my one chance for my parents to see something with no shame and there's no way I was going to scuttle that by talking about tampons on Netflix." 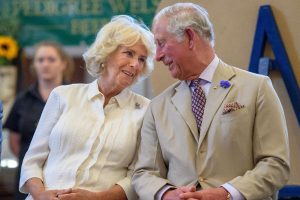 Prince Charles made headlines in 1993 when a secretly recorded phone call between him and Camilla was leaked to the media.

In the call, which was recorded in 1989 when Charles was still married to Princess Diana, the prince was heard telling Camilla, also married at the time, that it would be easier for him if he could "live inside her trousers". 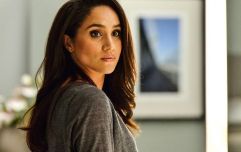 Meghan Markle shouldn't return to acting because she has a husband, says Kevin Costner

END_OF_DOCUMENT_TOKEN_TO_BE_REPLACED

"What are you going to turn into, a pair of knickers?" Camilla asked.

The story broke a month after Charles and Diana's separation was announced and was seen as a huge embarrassment for the royal family - but sadly we'll just have to imagine how it went down.

Girls With Goals || Her · Ep.156: 'Beauty Returns' - Rebecca O'Keeffe is BACK and we're talking about viral beauty trends
popular
Piers Morgan storms off GMB set during argument over Meghan Markle
Suzanne Jackson issues apology after Keilidh Cashell controversy
7 things we learned from Harry and Meghan's tell-all interview
A royal insider has revealed the truth behind Meghan and Kate's rumoured feud
Palace source says THIS incident on the tour of Australia upset Meghan's staff
Take our 'What's Your Pleasure? Her Sexual Experience Survey' for a chance to win a €250 One4All voucher
The Queen has banned Meghan Markle from wearing any of Princess Diana's jewellery
You may also like
3 months ago
Prince Harry 'supported by William and Charles' after wife Meghan's miscarriage
3 months ago
Kate Middleton and Prince William's dog, Lupo, has passed away
6 months ago
"Content that informs": What can we expect from Meghan and Harry's Netflix deal?
6 months ago
We now know what Meghan Markle wore on her first date with Prince Harry
9 months ago
A royal expert has revealed Kate's underwear choice for looking put-together
1 year ago
Kate Middleton reveals that Prince William doesn't want any more children
Next Page