Did you figure this out?

Fan theories pop up now and again for plenty of movies and TV shows but Disney films are never without their interesting and often bizarre theories.

While a lot of the time they are completely bonkers and follow the logic that 'they were dead the whole time' or something similar, every now and again fans get it very right.

The director of Frozen has confirmed that one popular concept the fans have gathered is actually completely accurate.

Disney fans will be aware that Anna and Elsa lost their parents in a storm at sea.

Fans have long speculated that the girls' parents didn't actually die but instead washed up on an Island off the coast of Africa where they had a third child. That little boy was then brought up in the jungle.

Yep, Tarzan is Anna and Elsa's brother, according to director Chris Buck.

In an interview with MTV Chris said that he discussed this idea with his co-director Jen Lee.

"Jen and I were walking to a meeting, and I just started to tell her the entire story. I said: Of course Anna and Elsa's parents didn't die," he explained. 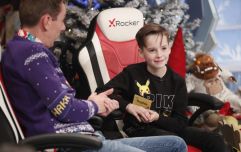 END_OF_DOCUMENT_TOKEN_TO_BE_REPLACED

"Yes, there was a shipwreck, but they were at sea a little bit longer than we think they were because the mother was pregnant, and she gave birth on the boat, to a little boy."

Chris adds that the little boy grows up to be "king of the jungle".

"They get shipwrecked, and somehow they really washed way far away from the Scandinavian waters, and they end up in the jungle. They end up building a tree house and a leopard kills them, so their baby boy is raised by gorillas," he said.

"In my little head, Anna and Elsa's brother is Tarzan".

The linking plot isn't actually in either of the scripts but Chris said he still likes to think it's all true.

"That's my fun little world, that's the spirit of Disney." He said.

popular
WATCH: Paul Mescal and Daisy Edgar Jones's first Normal People audition is stunning
The shows and movies you need to watch before they leave Netflix next month
Trolls target Emma Willis' eight-year-old son over pink clothes and long hair
Dublin TikTok house deny staging dance with couple having sex behind them
Dirty Dancing officially arrives on Netflix today and that's our Sunday sorted
So apparently Kourtney Kardashian is now dating 20-year-old, Luka Sabbat
Bradley Cooper's ex wife just went IN on his relationship with Lady Gaga
You may also like
7 months ago
Josh Gad, aka Frozen's Olaf, is reading nightly bedtime stories for kids in isolation
7 months ago
Frozen: The Musical is coming to London's West End (and tickets go on sale this week)
10 months ago
Everyone is saying the same thing about the opening number of tonight's Late Late Toy Show
10 months ago
QUIZ: How well do you remember the movie Frozen?
11 months ago
Frozen is on RTÉ One tonight and that's our Saturday night sorted
1 year ago
WATCH: Latest trailer for Frozen 2 gives a glimpse at Elsa's new Let It Go
Next Page