Wait, what did he say?

Despite not even being in attendance, Elton John quickly began trending on Twitter last night during the Brit Awards thanks to his short but sweet appearance during the ceremony.

Yes, the singer made a brief appearance in a pre-recorded video with a message for one of the night's big winners. 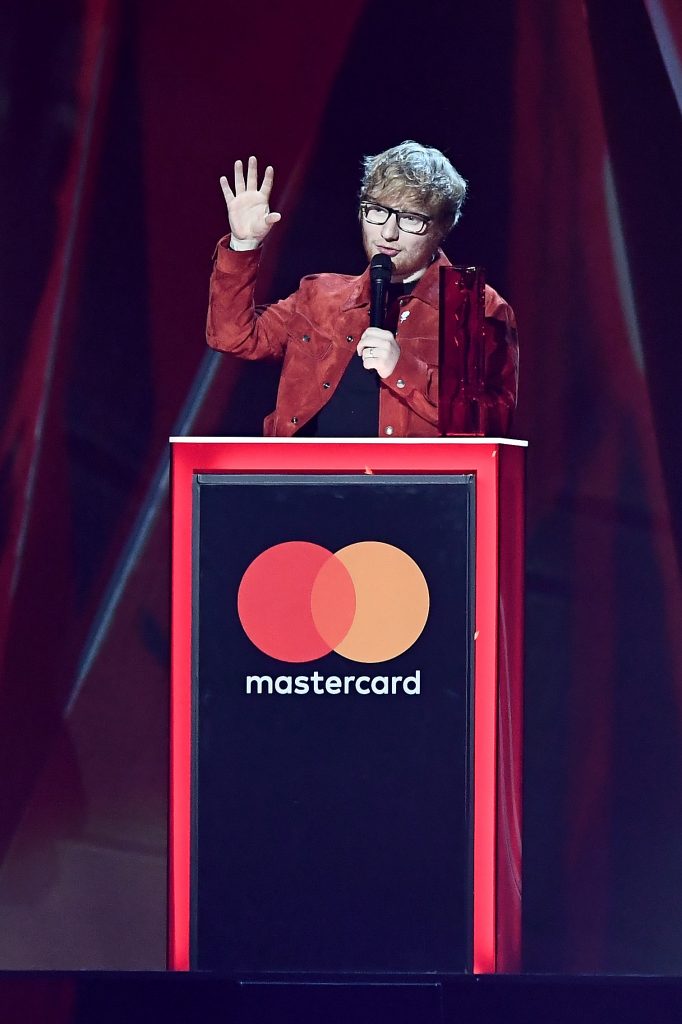 END_OF_DOCUMENT_TOKEN_TO_BE_REPLACED

Elton recorded the video to introduce the recipient of this year’s Global Success Award – Ed Sheeran – however, viewers were quickly distracted by his very weird pronunciation of the young singer’s name.

Elton spoke about his close relationship with Ed in the short clip, which left many viewers wondering why then he couldn’t pronounce Ed's name.

Yes, “Ed-She-Ran” quickly became the talking point of the night and nobody was really paying attention to Ed's speech after that.

And, of course, as with any of these odd moments, Twitter had a field day.

Can we all talk about the way Elton John pronounces his “close friend” Ed Shé-ran’s name? #brits

I LIVE for the fact Elton John mispronounces Ed Sheeran EVERY time with no intention of correcting it. I wish I could give that few fucks #BRITs

Has everyone been saying Ed Sheeran's surname wrong or does Elton John not know his name?

While Ed did take home the award for Global Success, he, unfortunately, lost out in all four of the categories he was nominated in – mainly losing Best Male Act to Stormzy.

popular
Fundraiser set up for boy attacked by pit bull in Wexford
Kanye to give Kim Kardashian $200k in child support every month
The trailer for Channel 4's Vardy V Rooney: A Courtroom Drama has dropped
Balenciaga is suing production company following offensive ad campaign
3 simple tips to get your nails in shape ahead of Christmas
It looks like Harry Styles and Kendall Jenner could be getting close again
"I've got nothing to hide": Ekin-Su confronts Davide over afterparty video
You may also like
1 week ago
Julia Fox explains why she really dated Kanye West
3 weeks ago
Selena Gomez addresses viral photo with Hailey Bieber
1 month ago
Ekin-Su says she plans on dissolving her filler
2 months ago
Gigi Hadid's dad addresses Leo dating rumours
2 months ago
Here's why people aren't buying Kourtney Kardashian's collaboration with Boohoo
2 months ago
Leonardo DiCaprio "splits" from girlfriend Camila Morrone
Next Page