Emmerdale fans were in bits over Robert Sugden's last episode

Ryan Hawley has played Robert Sugden on the ITV soap for five years. However, earlier this year, he announced he is leaving the 'dales to try new things.

And in heartbreaking scenes that played out on Thursday night, Robert was told he was going to be transferred to a prison on the Isle of Wight - and that he didn't have any say in the matter. 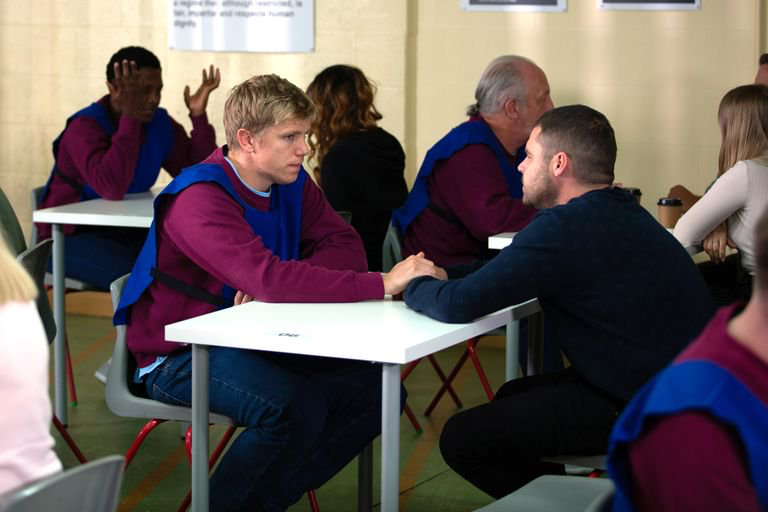 His husband, Aaron Dingle, paid him a visit in prison - and the two of them had a heart-to-heart, although Robert was unable to tell him the truth.

Scenes set to play out next week [via The Sun] will see Aaron find out Robert has banned him from visiting him in prison - which means this is the last time Robert will be seen on-screen.

And given fans' love for RobRon, they were understandably devastated to see the couple be torn apart.

My god I didn’t actually think I’d cry for real but here I am an hour later still crying. Thank you guys @emmerdale @DannyBMiller #RyanHawley

Currently sat on my bathroom floor quiet ugly crying over @emmerdale. @DannyBMiller - was a bit sad, that was.

@emmerdale you have dont it to me again! Sat crying screaming for rob to tell Arron what’s happening ????

I'M NOT CRYING YOU'RE CRYING #EMMERDALE

popular
10 Dublin restaurants with outdoor areas we'll be hitting up for the next 3 weeks
A gynaecologist has given the tampon its first notable redesign in 80 years
Scientists discover potential “game changer” that “could help eliminate Covid-19”
WATCH: Netflix to release documentary on the Watts family murder
Gardai investigating "all circumstances" as young woman is found dead in Dublin apartment
The Christmas movies TV channel is launching this week
Here's what happens on every day of your menstrual cycle (roughly)
You may also like
6 months ago
Danny Miller set for 'explosive' return to Emmerdale
6 months ago
Apparently, Emmerdale is the most stressful soap for fans to watch
7 months ago
Emmerdale's Vanessa Woodfield has been diagnosed with bowel cancer
7 months ago
EastEnders' Ian Beale has been revealed as the soap character people fancy the most
7 months ago
Emmerdale reveals two new characters who are joining the soap this spring
7 months ago
Emmerdale's Matthew Wolfenden teases a possible return for Maya Stepney
Next Page