It looks like Emmerdale have revealed Robert Sugden's exit storyline - and it's going to be dramatic.

As fans are no doubt aware, Robert will be leaving the soap soon as Ryan Hawley is leaving the 'dales after five years.

According to Metro, Robert is going to go on the run after realising he faces a massive prison sentence if he stays in the village.

Robert has been warned that the faces a heft prison sentence after he was arrested for attacking rapist Lee Posner and leaving him for dead.

And while he has since tried to make amends - and make sure that his loved ones are prepared for a life without him - Robert will soon end up coming up with a plot to go on the run. 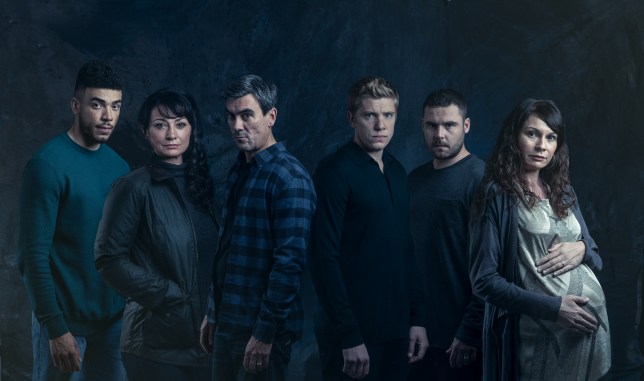 But he won't be going solo: his husband, Aaron, is planning to go with him - at least for now.

Danny Miller, who plays Aaron Dingle, has previously talked about how his character's storyline will continue on after Robert is gone....so what ends up tearing them apart?

It comes as Emmerdale previously promised fans can expect "some serious fireworks" in the 'dales later this autumn.

"Prepare for some serious fireworks in Emmerdale this Autumn as Cain, Moira, Nate, Robert, Aaron and Chas find themselves in life-changing situations.

"Cain finally discovers that Moira has been having an affair with Nate, Robert and Aaron decide to go on the run and Chas gives birth to her beautiful baby in true Dingle fashion..."


popular
The comfy €42 M&S boots we're going to be living in all spring
The day has arrived - you can now subscribe to Disney+ in Ireland with €10 off sign up
Why you shouldn't put your address on your luggage when going on holiday
Le Creuset has launched a millennial pink collection, and we need it all tbh
No chemical peel needed: 7 easy ways to achieve the glowing skin of your dreams
Netflix's Babies documentary is making quite the impression online
The floral Penneys dress that will instantly update your spring wardrobe
You may also like
6 days ago
Emmerdale's Vanessa Woodfield has been diagnosed with bowel cancer
2 weeks ago
Emmerdale reveals two new characters who are joining the soap this spring
3 weeks ago
Emmerdale's Matthew Wolfenden teases a possible return for Maya Stepney
1 month ago
Emmerdale 'confirm' when Graham Foster's killer will be revealed
1 month ago
Emmerdale fans reckon they have figured out the father of Maya's baby
2 months ago
'It's a very strange situation': Emmerdale's Matthew Wolfenden on David and Jacob's Christmas baby plot
Next Page