Tonight, the Great British Bake Off returned to our screens after a long-anticipated wait.

And like expected, night one did not disappoint. We saw the bakers take on a serious of challenges which included creating a showstopper piece, angel cake slices and a fruitcake.

END_OF_DOCUMENT_TOKEN_TO_BE_REPLACED

But it was one technical aspect of the fruitcake test that had everyone on edge tonight.

While creating a decorative iced house for his 400-year-old Wood Street fruitcake, 20-year-old student, Henry accidentally dropped the house causing it to land on the counter and break into pieces. 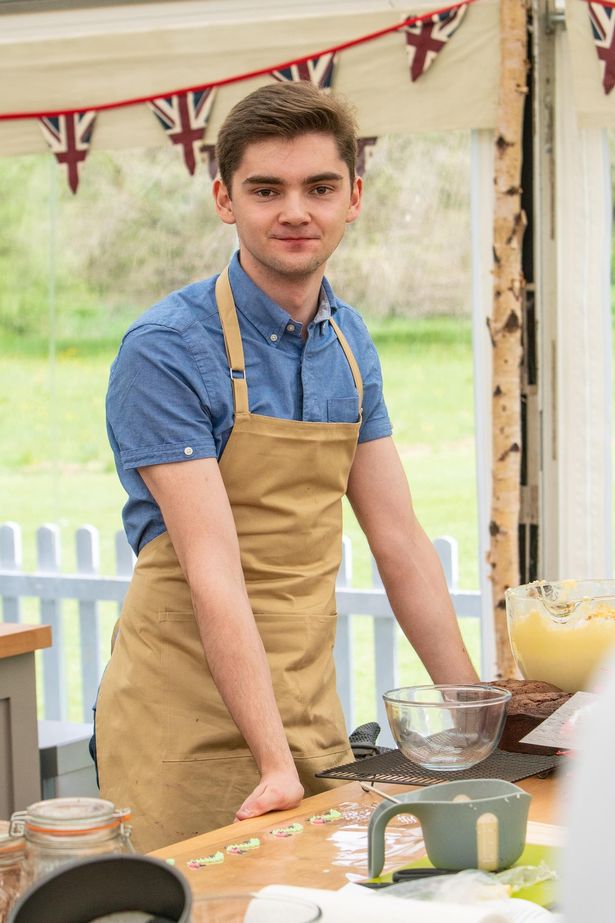 I was not prepared for an icing collapse this early in the game.
I'll have a fucking heart attack before the end of the season at this rate.#bakeoff #GBBO pic.twitter.com/DPIKhwI4Dc

I’ve never been more angry/upset at #GBBO than at this moment! Literally screamed “Noooooooooo!” pic.twitter.com/xqZ80AR1TO

The entire nation when the house fell and broke. ? #GBBO pic.twitter.com/ubEiV6zdZh

As soon as I saw the stencil for that icing house I knew it was too delicate, too fragile, not long for this world.. ? #GBBO

The absolute stress and this is only episode one y'all.

"Henry, you’ve made a very good cake" chimed the judges. As Henry replied with a sigh:

Bless his heart, we need to protect him at all costs.

popular
Bride asks for divorce day after wedding following groom's disrespectful cake stunt
Tributes paid following tragic death of Emma Pattison and her family
Head of dive squad searching for Nicola Bulley thinks 'something's not right'
Love Island fans are calling for Ron to be dumped after accusing him of "gaslighting" Lana
Teenager killed in shark attack after swimming with dolphins in Australia
Here's why Nicola Peltz-Beckham's family are suing her wedding planners
Sam Smith reveals they were spat at in the street after changing their pronouns
You may also like
5 months ago
When does the Great British Bake Off return?
3 years ago
'Tom without Jerry' Noel Fielding devastated as Sandi Toksvig quits GBBO
3 years ago
The Derry Girls Bake Off episode was on last night and it was absolute carnage
3 years ago
No lads, Bake Off's Henry isn't dating Michael... or Alice, sorry
3 years ago
This is where all the leftover cake from Great British Bake Off goes
3 years ago
The Great British Bake Off is getting a new spin-off this year
Next Page