Her Classic Movie Of The Week... Jaws

Every week, we in Her.ie towers will provide you with a blast from the past, a film that you cannot live without but nor should you, the classic film that you simply need to watch.

This week, we bring you one of our absolute favourites and the film that certainly changed the way we watched cinema, the excellent Spielberg classic, Jaws.

Released in 1975, Jaws was based on the book by the same name but took on an entirely different life form when it hit cinema screens. The movie became one of the first films to be simultaneously released across a number of cinema screens at the same time, creating a kind of frenzy about "the shark film." 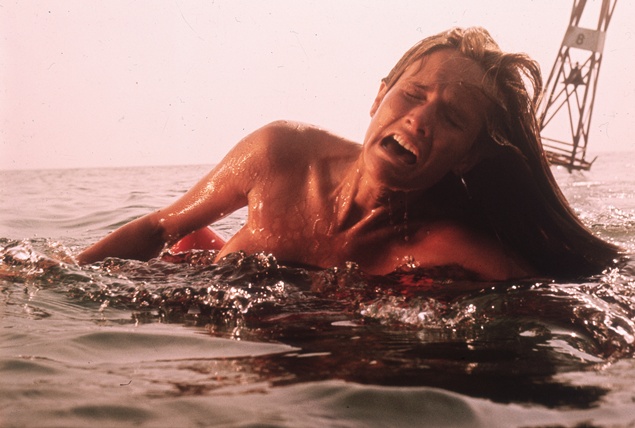 END_OF_DOCUMENT_TOKEN_TO_BE_REPLACED

However, the filming of the project was dogged with problems. This was essentially Steven Spielberg's first feature film and boy, did he encounter every issue under the sun with it including everything from a functioning alcoholic in the form of Robert Shaw and a sinking shark.

Jaws tells the story of a small community who are devastated by the visit of a Great White Shark, a shark that seems mildly more intelligent than most other sea creatures. Three men are enlisted to go out on the open sea and kill the shark, a concept that is so much easier said than done.

Due to the problems that Spielberg encountered while filming, the entire concept of how Jaws would work had to change. With a non-functioning shark, Spielberg made most of the film revolve around the tension of NOT being able to see the predator.

It seems strange now knowing this information, but this is precisely the reasons that Jaws works. When he finally makes his appearance along with the best improvised line of all time "you're going to need a bigger boat", the audience have reached a level of tension and fear that would have been more difficult to achieve if you could see the villain of the piece.

Jaws is arguably one of the greatest horror films of all time, a complete masterpiece and the sum of all its parts. If you do get the opportunity to see this on the big screen again, it is well worth your time as the music, darkness and tension will make you never want to get into the water again.

Oh, and that score that Spielberg initially thought was a joke because of its simplicity? Yes, that won an Oscar. 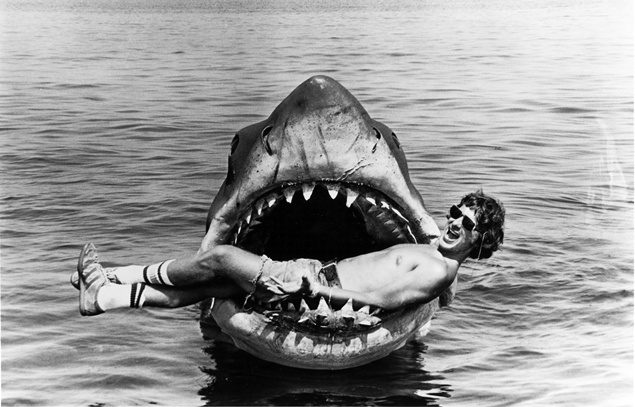 popular
Tributes paid to Limerick based blogger and model Patrick McLoughney
This TikTok hack shows you how to pack more despite baggage allowance
Lidl closing early this weekend to thank staff for hard work
This is how much 91-year-old Queen Elizabeth drinks every day
Simon Harris gives three urgent options for easing restrictions next week
Another Strictly star has pulled out of the live show
Not going anywhere: Baby names set to stay popular for the next decade
You may also like
1 month ago
10 autumn-themed movies that are practically essential viewing this season
1 month ago
One of the best comedies of the last 20 years is coming to Netflix
1 month ago
"It is really amazing:" The Little Mermaid star gives update on live-action remake
1 month ago
Netflix reveals release dates for all of the huge movies still to come in 2021
2 months ago
The full list of all the new shows and movies coming to Netflix in August
3 months ago
QUIZ: Can you guess the movie from its pixelated poster?
Next Page