You'll remember him as the teen (well, teen-ish) star of She's All That, I Know What You Did Last Summer, and Scooby Doo.

He has also been known as Mr Sarah Michelle Gellar for the past 14 years, but it turns out Freddie Prinze Jnr might be about to gain fame in another realm: the kitchen.

The 40-year-old has just published his own cook book (co-authored with Rachel Wharton) entitled Back To The Kitchen: 75 Delicious, Real Recipes (and True Stories) From A Food-Obsessed Actor.

According to his website: "Freddie grew up in New Mexico cooking with his mother and eating dishes with a ton of flavour and spice from his Puerto Rican heritage. In this family-focused cookbook, Freddie teaches fans to cook his mainstays, the recipes he makes on even the busiest weeknights, as well as more luxurious date night meals."

He's very excited about it: Freddie has got into the habit of tweeting back at fans who send a picture of themselves with his book. 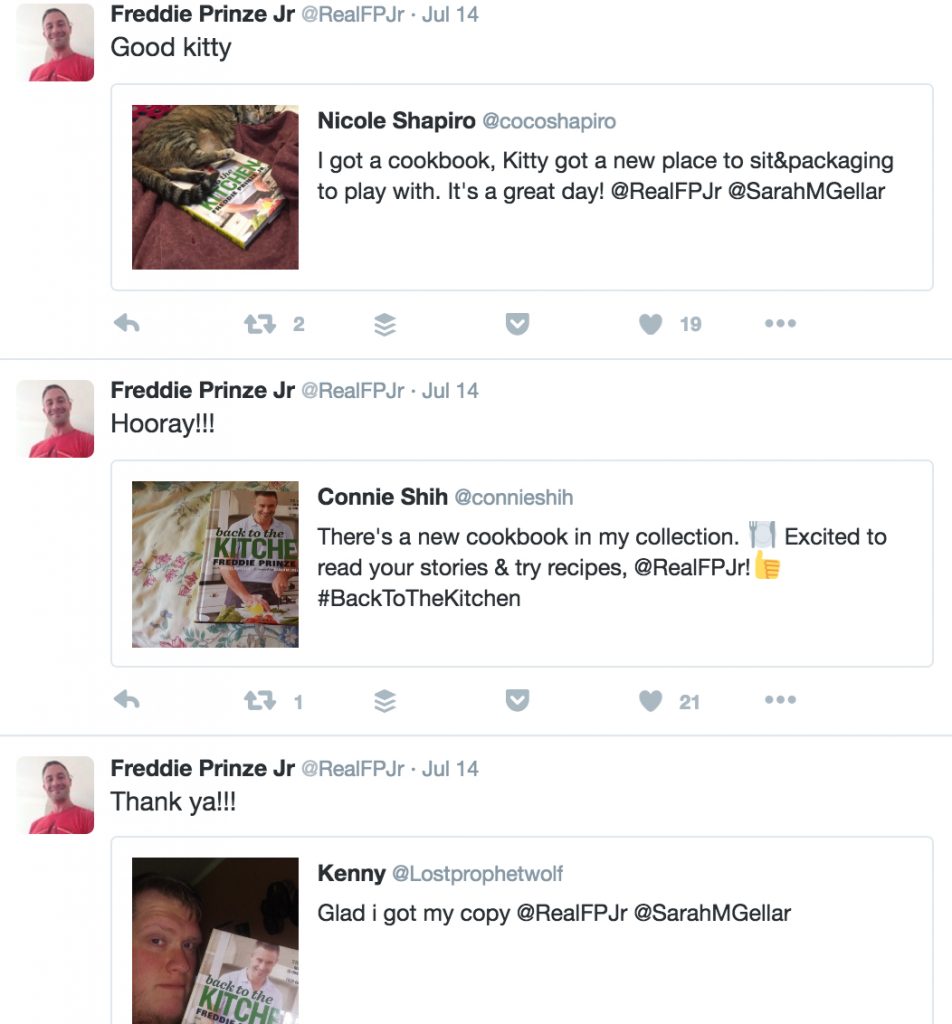 So this could be the chance to hear from the guy you've been crushing on ever since he first hackysacked his way into your heart back in 1999.

Wife Sarah Michelle Gellar, for one, is a fan of his meals.

.@RealFPJr I think it might be a #Tomatosoup #grilledcheese kind of #saturday #backtothekitchen #cookbook pic.twitter.com/YBfNUfP970

If anyone wants to know my favorite recipe from @realfreddieprinze cookbook? It's these #brusselssprouts and seriously they are the perfect addition to any #fourthofjuly bbq (or really any meal) #backtothekitchen

But then again, they've always been a couple that are very much in luuuurve.

Did someone say national #selfie day?? I got this! #nationalselfieday @realfreddieprinze 📷 by me (obvi)

Happy #fathersday to @realfreddieprinze and to all the #dads (stepdads, uncles, surrogate dads included) who are an integral part in raising these amazing little people (who eventually turn into amazing adults) The greatest part of every day is watching life through my children's eyes, so today (and every day) Freddie I thank you ❤️

The couple first met on the set of I Know What You Did Last Summer and have two children: Charlotte (6) and Rocky (3).

These days, Freddie doesn't do much screen acting - and happily so, according to a recent interview with GQ. He says that now his focus is on his kids and his family life, and works around six hours a week doing voiceover work.

"I wanted to be a stay-at-home dad," he said. "I wanted to cook breakfast and dinner for my kids every day."

Then again, he always has been good with kids.