'It had all the pieces of the puzzle': Elizabeth Lail on why she connected to her character in Countdown

Elizabeth Lail has opened about why she felt connected to her role in the horror film Countdown.

The actress, who previously starred as Guinevere Beck in You, plays Quinn, a nurse who downloads an app that predicts when you are going to die.

With the clock ticking and a figure haunting her, she must find a way to save her life  - as well as the lives of those closest to her - before time runs out.

In the lead up to the film's release, the 27-year-old opened up about what drew her to the film, whether she would ever use the Countdown app, meeting her co-star Jordan Calloway for the first time, and the scariest movie she has ever seen.

"I read a lot of scripts and when Countdown came my way it was a really solid script, it was a fun read and I connected with the relationship between Quinn and her sister and Quinn and Matt," she explained.

"It had all of the pieces of the puzzle. It had horror, heart and loads of social commentary with the app. That was a really pleasant surprise. I thought it was funny when I was making it, but you never really know until you watch it."

"In the beginning she is really dealing with the death of her mother and is disconnected from her family," she said.

"She managed to become a nurse, so she has strength that way. Throughout the movie she kind of opens up more and more and at the end she's able to stand in her power." 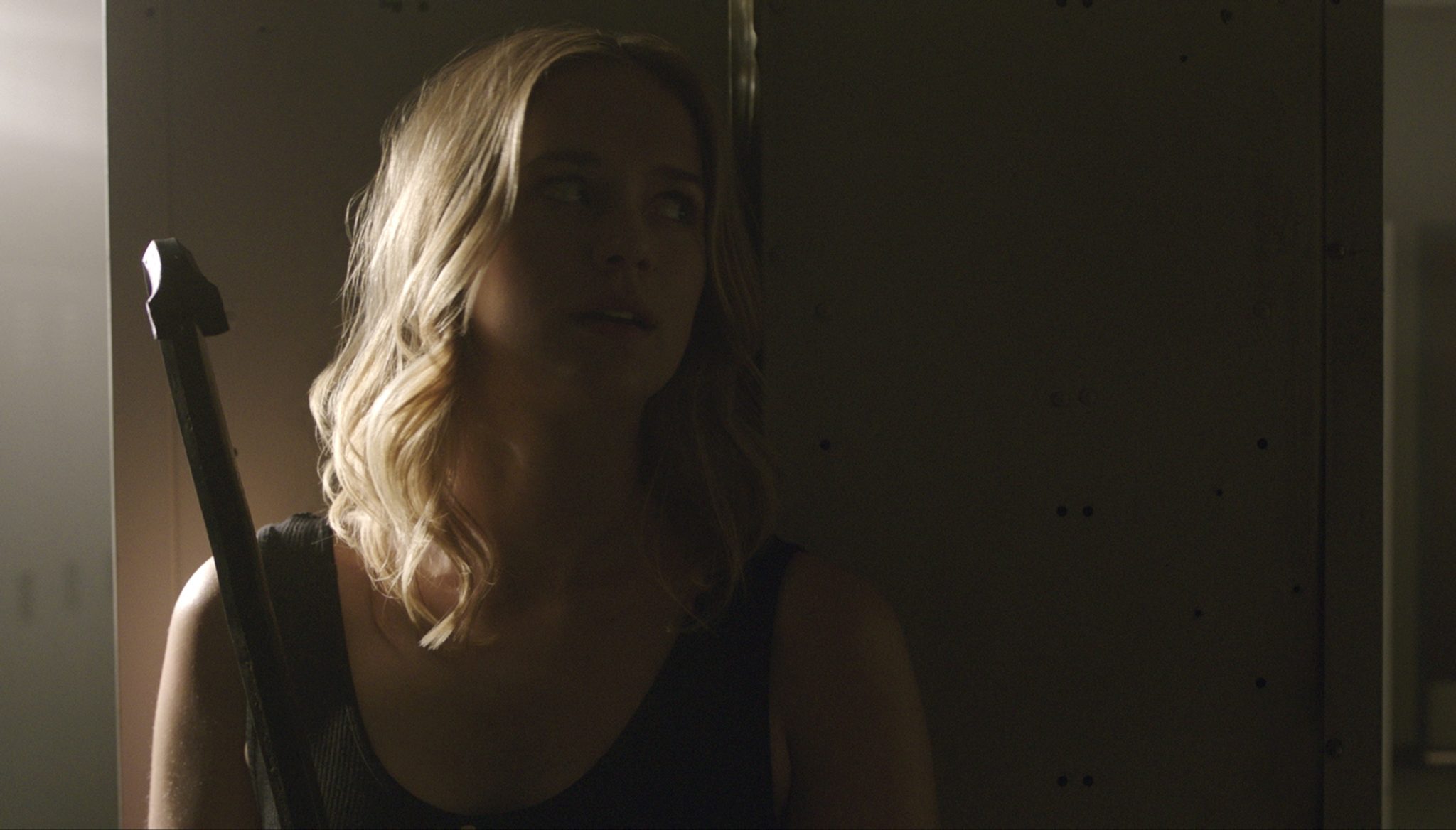 END_OF_DOCUMENT_TOKEN_TO_BE_REPLACED

She also recalled meeting her co-star, Riverdale's Jordan Calloway, for his audition - and how things got off to a bit of an unusual start.

"He came in and gave us his elbow instead of a handshake [because he had the flu]," she said. "It was like that awkward elbow butting."

"He really brought the character alive. What's great is when an actor surprises you and he really surprised us. He made me laugh and we had genuine chemistry from the start, which is always lucky to find," she added.

The actress revealed that she has "stopped downloading apps in general" after working on the film - and that she would definitely not use the Countdown app if it existed in real life (because yes, there is now an app like that in the App Store).

"Of course [I wouldn't download it]. Haven't you seen what happens in the movie? We have a thread between a few of us who were on the film and everyone else has downloaded the app. I'm like, 'What are you doing?'" she said. "Have you learned nothing? I'm the only one who really took the movie to heart because I have stopped downloading apps in general."

And Lail, who admitted to being "easily terrified", also dished on the scariest movie she had ever seen - and what made it so scary.

"I'm one of those people that once I've seen something I can't unsee it. I could potentially have nightmares for a month. I'm a little hesitant to go into a horror film unless I'm with a lot of good friends," she said.

"In the seventh or eighth grade I saw the Exorcism of Emily Rose. Exorcisms really freak me out. Movies about them always start with, 'This is based on true events'. To me that means, 'This could be you'. I can't lie in my own bed without fearing that at any moment some unknown force is going to have its way with me.

Countdown hits Irish cinemas on October 25. In the meantime, you can check out the trailer below.

popular
QUIZ: How well do you remember The Princess Diaries?
Will Smith admits to 'failing miserably' in 21-year marriage to Jada Pinkett Smith
QUIZ: How well do you remember the 2005 movie Pride & Prejudice
5 new additions to Netflix to spend your Saturday night watching
Did You Ever Spot This Big Connection Between 'Titanic' And 'Frozen'?!
Someone has ranked the penis size of men from all over the world
14 new books you won't be able to put down this July
You may also like
1 week ago
QUIZ: Can you guess the Disney movie from its opening line?
2 weeks ago
QUIZ: How well do you know these animal movies?
2 weeks ago
Omniplex reveal new safety measures for reopening of cinemas from next week
2 weeks ago
Leo Varadkar defends use of Mean Girls quote in Covid-19 speech
4 weeks ago
QUIZ: Can you guess the movie from its pixelated poster?
4 weeks ago
Every Studio Ghibli movie on Netflix ranked from worst to best
Next Page