Tom Burke and Holliday Grainger are returning for Strike: Lethal White, the fourth story from the major new TV series for BBC One.

Strike: Lethal White is the fourth instalment in the series - and is currently scheduled to air in 2020.

Burke and Grainger  lead a cast of acclaimed British actors including Robert Glenister, who most recently starred in Curfew for Sky Atlantic. Natasha O’Keeffe and Kerr Logan  also return as Strike’s ex-girlfriend and Robin’s fiancé respectively.

Sue Tully is directing all four episodes. Her credits include Line Of Duty, Tin Star, The A Word and The Musketeers.

In the grips of psychosis, a young man named Billy Knight arrives in private detective Cormoran Strike’s office telling the story of a child he saw strangled many years ago.

Strike is simultaneously hired by government minister Jasper Chiswell to investigate Billy’s brother, Jimmy Knight, who is blackmailing him. As Strike and his partner Robin work to determine how the cases might be connected, Robin goes undercover in the House of Commons.

However, Robin’s private life is unravelling as her relationship with Matthew feels the full strain of her commitment to Strike and her work. At the same time, Strike has his own issues, a girlfriend who confesses she loves him and his complicated ex Charlotte who is pregnant and back in the frame.

J.K. Rowling, Neil Blair, Ruth Kenley-Letts and Tommy Bulfin (for the BBC) executive produce based on a script by Tom Edge who also wrote The Silkworm and Career Of Evil. Jackie Larkin will produce. 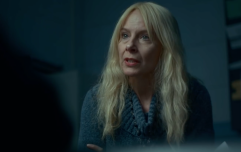 END_OF_DOCUMENT_TOKEN_TO_BE_REPLACED

Cinemax has US and Canadian rights to the show.

The Cuckoo’s Calling was published to critical acclaim in 2013 and went on to be a global bestseller, followed in 2014 by The Silkworm and Career of Evil in 2015. All three books were number one Sunday Times bestsellers in both hardback and paperback and Little, Brown has sold in total over four million copies worldwide across all editions.

Cormoran Strike is one of the most memorable and distinctive detectives in crime fiction today and Robert Galbraith is among the genre’s most celebrated writers, shortlisted for the prestigious CWA Gold Dagger in 2015 and the Theakston Old Peculier Crime Novel of the Year in 2016.

The Strike series all averaged more than 7 million viewers on BBC One.


popular
The flattering €16 Penneys dress we'll be wearing every day for the foreseeable future
These blue mom jeans from Penneys are actually unreal, and they're only €17
We finally know the identity of baby Archie Harrison's godparents
Brad Pitt and Jennifer Aniston's SAG Awards backstage moment was pretty decent
Kate Middleton is wearing an amazing red glittery gown tonight and she looks like a princess
Brad Pitt JUST responded to speculation about his relationship with Jennifer Aniston
The €15 Dunnes Stores top that we're totally obsessed with at the moment
You may also like
2 days ago
5 new additions to Netflix to spend your weekend watching
2 days ago
David Attenborough's spectacular new documentary will be shown in Irish cinemas with a Q&A after
2 days ago
Hank Azaria will no longer voice Apu on The Simpsons
2 days ago
Here's the first trailer for the TV adaptation of Sally Rooney's Normal People
3 days ago
Love Island's Amy Hart says she will freeze her eggs over early menopause fears
3 days ago
The Love Island Villa is under quarantine due to an outbreak of a vomiting bug
Next Page