Katy Perry has been accused of animal cruelty

A storm in a teacup or a fair accusation?

An ad featuring Katy Perry has been pulled in Australia after it sparked concerns over animal welfare.

The singer features in the ad for Myer One, a department store, to promote the Australian leg of her Witness world tour.

In the ad, Katy encourages her teacup poodle Nugget to "go chase some koalas."

It sparked anger from one Aussie vet, who said she was "sickened", as she treats many koalas who have been viciously attacked by dogs.

"This is just absolute ignorance from Perry and Myer, and inappropriate on so many levels," vet and reality TV star Claire Madden told the Courier Mail newspaper.

"Perry is a role model to so many young people, and this just destroys all the good work we do to try to encourage people not to let their dogs come into contact with koalas." 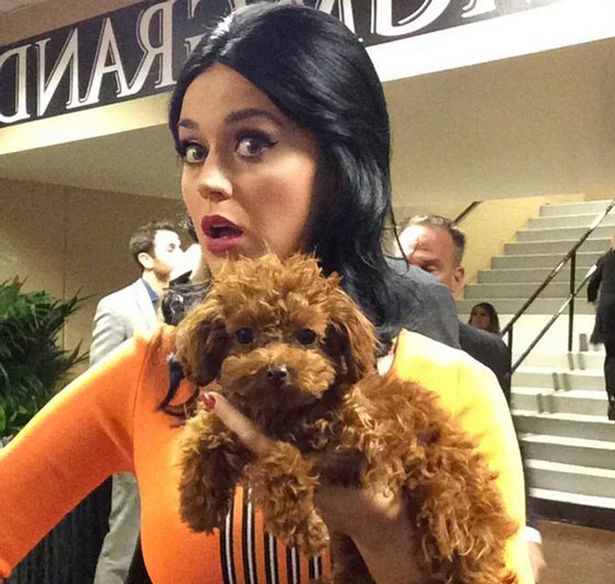 Advertisement
In response to the outcry, Myer said it has pulled the ad.
"We are aware of comments in relation to Katy Perry’s Witness: The Tour advertisement and a particular reference made to koalas. We are currently removing the material which references koalas," it said in a statement.
Advertisement
Koala numbers are falling in Australia - the Australian Koala Foundation estimates there are fewer than 100,000 koalas left in the wild, while the Queensland RSPCA told the BBC that a quarter of the koalas it rescues are victims of dog attacks.

Girls With Goals || Her · Ep.159: Dr Una May - Anti-doping in sport and a walk down memory lane
popular
Taoiseach Micheál Martin says hotels across Ireland could reopen by June
Safiyya Vorajee says final days with baby girl are "torture"
Here's how to get yourself some free Ben & Jerry's in Ireland this week
Amanda Seyfried and Anna Kendrick are tipped for lead roles in the Wicked movie
Brad Pitt JUST responded to speculation about his relationship with Jennifer Aniston
There's another royal drama coming to Netflix and The Crown better watch out
Lidl's hanging egg chair is coming back to stores this month
You may also like
1 day ago
Jennifer Aniston reportedly adopting a baby girl
2 days ago
Ashley Cain hopeful blood transfusion will give daughter more time
1 week ago
Eamonn Holmes in hospital with chronic pain
1 week ago
Laura Whitmore confirms birth of first child with Iain Stirling
1 week ago
James Charles "ashamed" as he admits to messaging underage boys
1 week ago
Plaque honouring Matt Damon erected in Dun Laoghaire
Next Page