Katy Perry copied a track from a Christian rap song, a US court has found.

The court ruled that the beat and instrumental line from the singer's 2013 song 'Dark Horse' was taken from the 2009 track from Christian rap artist Flame.

Perry denied that she had ever heard the song, 'Joyful Noise,' during the week long trial.

END_OF_DOCUMENT_TOKEN_TO_BE_REPLACED

Her defence team also claimed that the beats in both songs were "commonplace" and that Flame, whose real name is Marcus Tyrone Gray, could not claim copyright on the track.

Sky News reports that the Los Angeles court ruled against Perry on Monday, confirming that the instrumental line and beat present in over half of 'Dark Horse' was copied from the Christian track. 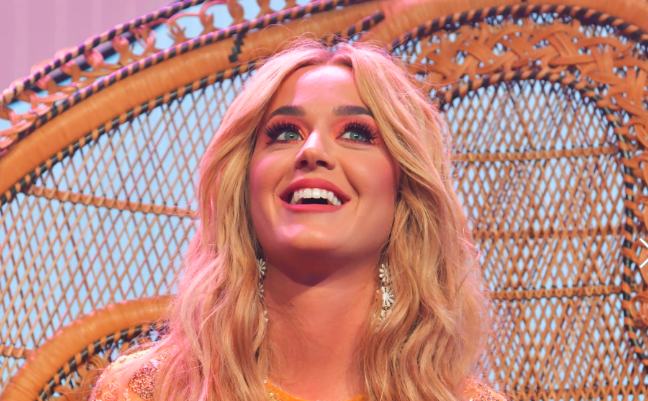 Gray's team had argued that Perry had started her career in Christian music and said that her team were "trying to shove Mr Gray into some gospel music alleyway that no one ever visits."

Perry and the song's co-authors claimed that they did not listen to Christian music.

During the trial, the singer offered to perform her song after a broken speaker system would not allow the track to be played inside the courtroom.

Her request was denied.

'Dark Horse' was released on Perry's fourth album Prism in 2013. It secured a top spot on the Billboard Top 100 chart for four weeks, also earning the star a Grammy nomination.

The court will now decide on damages for Gray from Perry.

popular
Women are rinsing their hair in apple cider vinegar – and the results are amazing
Britain’s biggest family to break new record with another baby on the way
Government to publish bill on right to request remote work option
Gardaí investigating alleged sexual assaults on teenage girls in Sligo
"Hair contouring" is about to be huge, here's everything you need to know
Scottish dance sensation Lily Douglas has sadly passed away, aged 14
Worried about a loved one? Here are 5 signs of suicide to look out for
You may also like
1 month ago
Tom Parker "happy to be back" with The Wanted as brain tumour under control
1 month ago
Il Divo singer Carlos Marin passes away aged 53
1 month ago
Olivia Rodrigo is coming to Dublin and Cork next year
1 month ago
Garth Brooks confirmed for five nights at Croke Park
2 months ago
Three months is plenty of time to fall in love, and to have your heart broken
2 months ago
Dermot Kennedy announces 2 huge gigs in Dublin next month
Next Page