We cannot wait to see this.

Keira Knightly is an incredibly versatile actress, from her tomboy character in Bend it Like Beckham to her periodic portrayal of the Duchess of Devonshire.

But we couldn't think of a role more perfect for the beautiful dainty actress than a fairy. 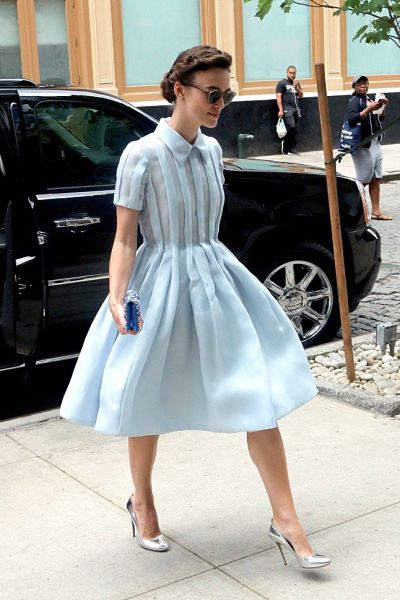 Disney seems to be on a role with its live action adaptions of classics like the Jungle Book and Beauty and the Beast and their next project could be it's best yet if the rest of the cast is as well-chosen.

In a surprise announcement Disney have said that they will retell classic ballet story The Nutcracker.

For anyone who doesn't know the story, it follows a little girl called Clara, whose Nutcracker doll  comes to life to fight against an evil seven-headed Mouse King. And it is set during Christmas.

According to Variety, Keira Knightly is on board to play the Sugar Plum Fairy.

Morgan Freeman is also on board for the film as is Ballerina Misty Copeland.

Love this photo from my @Cosmopolitan photo shoot shot by @regancameron_! The issue is on newsstands now!

Clare will be played by Mackenzie Foy, who played Renesmee, Bella and Edwards daughter in the Twilight series.

I had so much fun on #ktla ! Thank you to the amazing @coleencampbellolwell and @ryanrichman for helping me with my look💜 #thelittleprince #aqua