WATCH: Kevin the Carrot is back in Aldi's latest Christmas advert

Hey guys, it was November 1st yesterday, and you know what that means - Christmas.

Not Christmas day, not Christmas eve, not even Christmas week, just Christmas. Once Halloween is over and November hits, so do the gift guides, the tinsel, and the cutesy festive adverts.

END_OF_DOCUMENT_TOKEN_TO_BE_REPLACED

This year, unsurprisingly, is no different. The second the clock struck midnight on November 1, Kevin the Carrot removed himself from his frozen veg hibernation and returned to our social media and TV screens.

As always, the Aldi carrot is back for another adventure, and this time he's flying through the skies in a plane alongside Turkey. 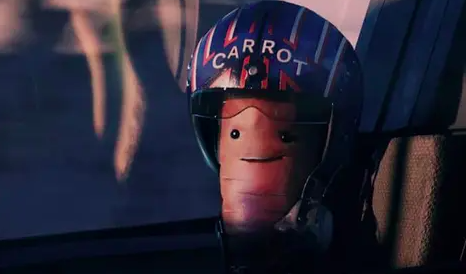 Turkey tries to open a window as he is "roasting," (get it?), only to accidentally eject Kevin from the cockpit and send him parachuting down to the rocky mountains below. 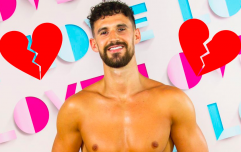 END_OF_DOCUMENT_TOKEN_TO_BE_REPLACED

"Where is Kevin?" the ad asks at the end. Where will he land? Will he still be able to inevitably save Christmas as he always does? Why was a carrot left in charge of manning a jet?

These questions, and more, we may never know the answer to. Or at least, we won't until Aldi release some vital information as to where Kevin has gone.

You can check out the ad below:

Is it a bird? Is it a plane? No, it’s both. And there’s a carrot in the cockpit. #WhereIsKevin pic.twitter.com/AzsDqCEYTw

popular
Vogue Williams slams man who refused to swap seats with her on plane
Crown Paints advert receives 200 complaints over 'misogyny' and 'everyday sexism'
Adam Collard allegedly attacked on night out with Paige Thorne
Man arrested on suspicion of the murder of Irish man in London
This is why the world is obsessing over Adidas Gazelles
Christine Quinn won't be returning to Selling Sunset
Are we getting a mini heatwave in September?
You may also like
1 week ago
This is *THE* viral watermelon salad everyone is obsessed with RN
3 weeks ago
McDonald's increases menu prices due to rising inflation
3 weeks ago
If you haven't added Nutella to your iced coffee yet, you are not living your best life
3 weeks ago
The only summer salad recipe you'll ever need – and it could not be easier
1 month ago
Boozy Aperol Spritz cake is the picnic food of dreams
1 month ago
Picnic perfection and banging BBQs: M&S launches 'best ever' 3 for €10 deli range
Next Page