Like The Young Offenders? You're going to LOVE this new show starring Michelle Keegan

A new comedy series is coming to Sky One.

If you're a fan of The Young Offenders, Brassic is going to be right up your street.

Starring a stellar lineup that includes Michelle Keegan (Coronation Street), Joe Gilgun (This is England) and Damien Molony (Ripper Street), to name a few, Brassic is going to be your summer 2019 binge watch.

Michelle and Joe on set filming...

Based on a group of working-class friends on the brink of adulthood in northern suburbia, the show follows the lads and lady as they scam and bribe their way out of almost anything. However, as they're getting older and their small town is all they know, could it be the end of an era for the gang if one of them chooses to leave for pastures new?

A hilarious comedy with heartfelt emotion, Brassic is all about loyalty, growing up and the lengths you'd go to for your friends.

Damien Molony, who plays Dylan in the show, discussed how he'd describe his character today at Sky's 2019 content event in Dublin.

"Dylan is the brains of the gang so he's kind-of smart enough to see the flaws in all their crazy money-making schemes. And you know, the great tragedy for Dylan really is because he is the brightest of the bunch, he doesn't really have any ambition to do anything with his intelligence". 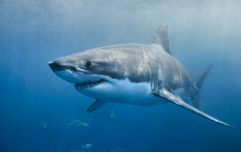 END_OF_DOCUMENT_TOKEN_TO_BE_REPLACED

Brassic will premiere on Sky One later this year. An official date has yet to be confirmed.

popular
QUIZ: How well do you remember The Princess Diaries?
Will Smith admits to 'failing miserably' in 21-year marriage to Jada Pinkett Smith
Someone has ranked the penis size of men from all over the world
Glossier: A first-time buyers guide to this cult beauty brand
Security footage released of Naya Rivera as search is updated to recovery mission
From blonde to brunette - 6 things I wish I knew before going back to my roots
James Franco Has Opened Up About His Relationship With Lana Del Rey
You may also like
1 month ago
Here's a list of some of the amazing Sky documentaries coming up
2 months ago
Gangs of London is an epic new Sky original thriller and the excitement is real
3 months ago
Sky to make new movies available at home on same day as cinema release
3 months ago
Sky's new true crime documentary The Disappearance of Natalee Holloway will have you hooked
4 months ago
Sky release trailer for 'I Hate Suzie' - a new drama looking at the aftermath of revenge porn
5 months ago
HBO's documentary series about the Atlanta Child Murders to air in April
Next Page