It’s been less than a wet week since Eyal Booker said goodbye to the Love Island villa and his chances of finding love there but it looks like that hasn’t held him back.

Yep, Mr Deep and Meaningful himself has been back in the UK all of three days and is already inundated with interest from potential suitors.

However, there is one in particular that Eyal seems excited about and she’s a former Love Island contestant.

No, he and Hayley have not decided to give it another go instead the model is chatting with last year’s winner Amber Davies. 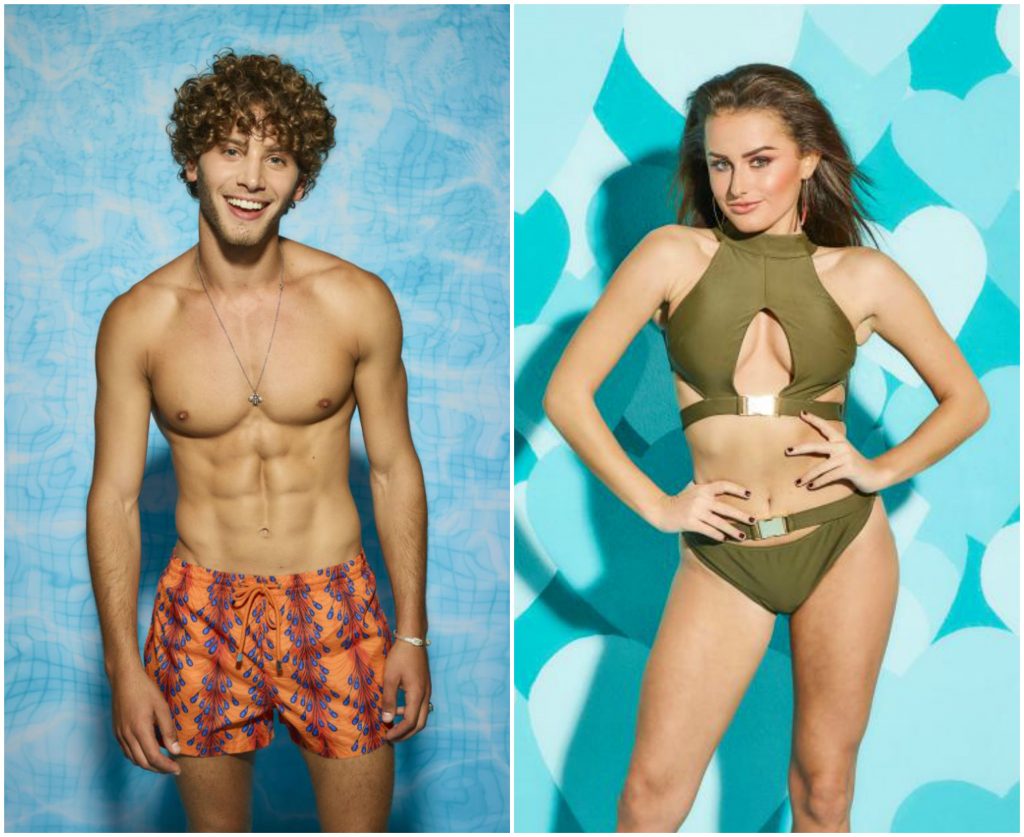 Yes, while chatting to Roman Kemp on the Capital Breakfast show this morning, Eyal was asked about all those sliding into his DMs since he’s left the villa, especially those with blue ticks.

“There are a couple of blue ticks floating around,” Eyal admitted on air.

However, when asked whether Amber had been in touch, Eyal went very quiet.

It looks like @Amber_Davies7 has a type... ? And Eyal found that out straight after leaving #LoveIsland, didn't he? ? pic.twitter.com/vK6GL5jSlJ

The show has since tweeted a clip of the conversation and it shows that Eyal isn’t all that  great at keeping secrets.

“It looks like Amber Davies has a type… and Eyal found that out straight after leaving Love Island,” read the caption.

Last year’s winner is taking it in good spirits though, retweeting the clip on her own Twitter with several laughing emojis, saying:

Girls With Goals || Her · Ep.161: Feeling Peachy - Sharon Keegan of Peachylean on being an absolute BOSS!
popular
Britney Spears' dad Jamie says he is "sorry" to see daughter in pain
Woman escorted from Disney World for "inappropriate" top
Nearly half of men think 36 is "too old" for women to have a baby in UK
Will Britney ever be freed?
Harry and Meghan reject Archie's royal title because it has 'dumb' in it
Aldi's new garden collection includes massive waterpark, slides and 14ft pools
Newborn needs 13 face stitches after being cut during emergency C-section
You may also like
3 weeks ago
What a throwback: The first trailer for the iCarly reboot has dropped
3 weeks ago
The OC stars call Mischa Barton's bullying claims "completely false"
3 weeks ago
Holby City cancelled by BBC after 23 years on air
3 weeks ago
Kate Winslet refused to let director edit "bulgy bit of belly" from Mare of Easttown sex scene
3 weeks ago
Kate Winslet would "absolutely love" a second season of Mare of Easttown
3 weeks ago
We have an official date for Season 3 of Virgin River – and here is what we know so far
Next Page