Spoilers, if you have yet to see the first season.

He dies, is dead, killed, or whatever you want to call it at the end of Dead To Me's first season when Jen (played by Christina Applegate) shoots him.

He falls into the pool, and is then seen floating in the pool, surrounded by a whispy pool of blood, dead.

He dies. He has been killed.

However, it appears that despite this, James Marsden will be back for the second season of the show - whether in a flashback or the ghost of Christmas past, we may never know.

But he'll be there, and that's all that matters.

Set photos obtained by TMZ show Marsden and Applegate standing on a balcony having what appears to be quite a serious discussion. 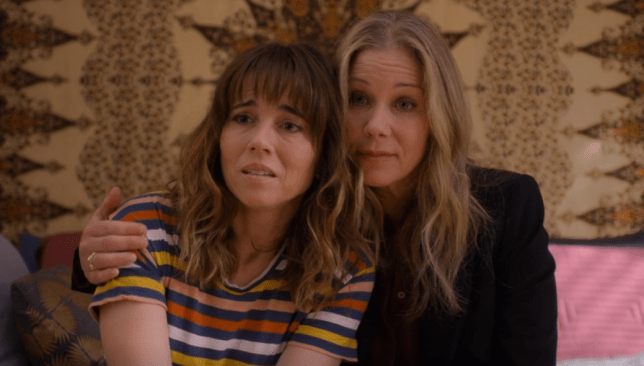 Other shots depict Marsden walking around the set so, you know, he's definitely there, etc. 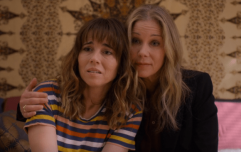 END_OF_DOCUMENT_TOKEN_TO_BE_REPLACED

The photos could mean a few things: either Steve didn't really die is now back to cause some major issues, he did die and the above are simply flashback scenes, or James Marsden just wanted to hang around the Dead To Me set one day.

Dead To Me became a bit of an unlikely hit when it first dropped on our screens last year.

Starring Christina Applegate and Linda Cardellini, the dark comedy touches on all of those delightful aspects of death that people don't tend to talk about including grief, acceptance, and finally moving on.

A release date for the upcoming second series has yet to be confirmed, but as we already know from the above information, filming is indeed underway.

Now if it could just be released over the next few months that would be excellent.


popular
'They're Dead To Me Now' - Kate And Oliver Hudson Have Been Disowned By Their Father
'That’s the most honest answer': Skeet Ulrich reveals why he is leaving Riverdale
So, William and Harry have a step sister... and who knew?
After days of silence, Scott and Sofia finally comment on the break up rumours
Gwen Stefani reportedly pregnant with baby number four
Someone has ranked the penis size of men from all over the world
Did You Ever Spot This Big Connection Between 'Titanic' And 'Frozen'?!
You may also like
3 weeks ago
WATCH: The full trailer for Dead To Me season two is finally here
1 month ago
PSA: Dead To Me season two is coming to Netflix next month
5 months ago
Season two of Netflix's Dead to Me has officially finished filming
6 months ago
Season 2 of Dead to Me will have "more secrets and more twists" than before
8 months ago
Dead To Me season two is officially in production and our bodies, they are ready
11 months ago
Netflix has just confirmed season two of Dead To Me
Next Page