Love Island fans have been calling the show a fix after Danny Williams and Jourdan Riane's exit last night.

The pair were dumped from the villa on Monday night after they received the lowest number of votes.

However, some fans claimed producers edited the last few episodes to make sure Danny and Jourdan were the next Islanders to get dumped - as there hadn't been any footage of the two of them together.

Such a fix!!! Was obvious they dumping Danny! Haven’t seen him whole week!!! #loveisland

Well that was a fix - Danny amd Jordanne havn't been shown in the programmr in 3 days ... #LoveIsland

#loveisland, this is more like fix island, producers never showed Danny or Jourdan so the public can warm to them as a couple, yet Maura is always being sent a life line, no matter what she does.

I realllly enjoy Love Island BUT.. basically no air time for Danny n Jourdan for 2 days and now they’ve been booted... #fix? #loveisland

I mean that’s just a pure fix. Danny and J have had two mins air time the last week. #LoveIsland

Danny, who was previously coupled up with Yewande and Arabella on the show before pairing off with Jourdan, admitted after their exit that he had made mistakes on the show.

"I made mistakes for sure but I’m grateful for all the ups and downs because it led me to where I am today and I am a happy man.

"Anything I wanted to say, I feel like I said it in the moment. I apologised for things that I did wrong." 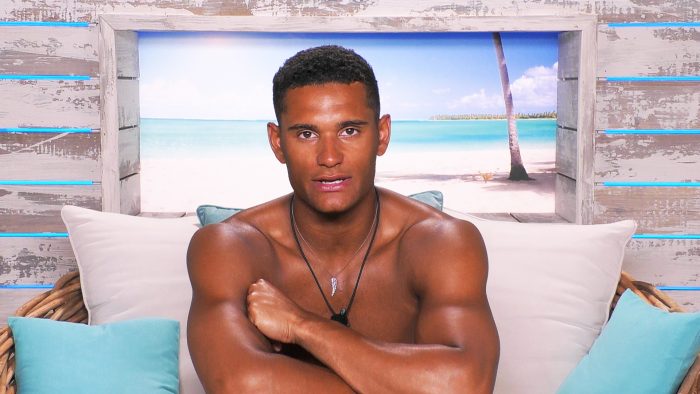 He also said he didn't think he and Jourdan had been at risk of going home as, of the three couples up to be dumped, they were the only ones who were romantically involved.

"I felt like me and Jourdan may have been safe because out of the three couples we were the only romantically involved people.

"I was gutted though but I’m really grateful for my journey."

Another couple - either Amy and Curtis or Lucie and George - are set to be dumped from the villa tonight [July 9], with the decision being left up to the Islanders.

popular
These sustainable Irish sweaters are making people smile, and they're back in stock tonight!
Aldi to sell reusable face masks from Thursday onwards
A Tyrone midwife was chosen to feature on the cover of Vogue
Love Island will be airing this summer - the Australian version, that is
Get ready to live like the stars because Lidl is selling an entire home cinema range
'It's a little different': Stylist Lawson Mpame on Ireland's 'subtle' racism
Brown Thomas and Arnotts to phase reopening from next week
You may also like
4 days ago
PERSONALITY QUIZ: Which Normal People character are you?
1 week ago
'That’s the most honest answer': Skeet Ulrich reveals why he is leaving Riverdale
1 month ago
QUIZ: How well do you remember the first season of It's Always Sunny in Philadelphia
1 month ago
QUIZ: Can you name these Rick and Morty side characters from their picture?
1 month ago
QUIZ: How well do you remember The Inbetweeners?
1 month ago
Paul Mescal 'incredibly proud' of sex scenes in Normal People despite criticism
Next Page