Love Island fans notice everything, the islanders can't do anything in that villa without someone picking up on it and heading straight to Twitter with it.

And as eyes have been glued to Millie and Liam's insane journey as a couple, one eagle eyed fan spotted something fairly strange they two did together.

END_OF_DOCUMENT_TOKEN_TO_BE_REPLACED

Millie has been adamant that Liam doesn't sleep in her bed, putting him in the dog house until she can forgive him.

But now the two have been seen making the very same and very weird gesture in bed, despite being in not only different beds, but in completely different rooms. 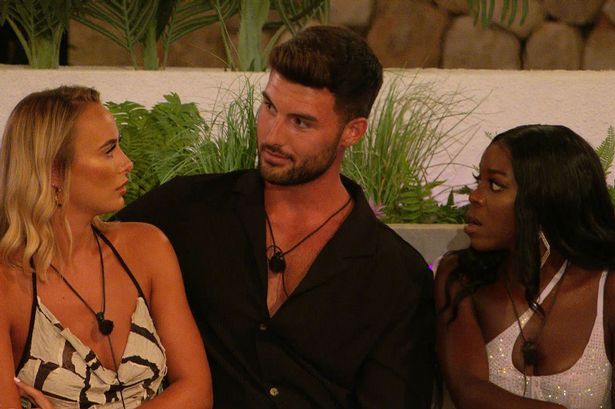 The clip show each of them rolled over on their sides with one arm stretched out and making a weird thumb movement with the same hand.

It could just be a coincidence, but fans hardly want to believe that, with the original video being tweeted with: "WAIT MILLIE AND LIAM DOING THE SAME HAND MOVEMENT IN SEPARATE BEDS WAS SPOOKY AF."

Of course, many are skeptical, with one person jumping to the comments to say: "All in the editing. She looks like shes fiddling with her nails while he looks like he has just picked his nose and is rolling a bogey round. Ah the romance!"

Another added: "Nah, y’all are reaching with this one, guys lol. Please, let us not forget the shock horror Liam landed on Millie just a few days ago. He was really willing to risk it all - voluntarily."

END_OF_DOCUMENT_TOKEN_TO_BE_REPLACED

But some fans are a lot more convinced the two are sending out some kind of signal, with one saying: "and then also the background music too, when it goes 'i'm telling you i feel the same'."

Another said: "nah i watched it and was like wait wtf i was low-key hoping millie was gonna get up and go c him or even for liam to get up to go to her and her like allow it yk."

Regardless of if it was edited, planned or simply a coincidence, there's one thing we can all agree on, whatever it was, it was really, really weird.

popular
Body found in search for missing YouTuber Gabby Petito
These are the restrictions being lifted today
Mary Lou McDonald condemns "homophobic" protest outside Leo Varadkar's home
Woman in her 50s dies following Monaghan road collision
Woman claims to have picked up Gabby Petito's fiancé hitchhiking
Penneys has launched a major sustainability pledge – and here is what is changing in store
Derry Girls star speaks out after show called "distinctively British"
You may also like
5 days ago
Love Island's Amy Hart tells inquiry of receiving death threats and abuse
1 week ago
Love Island's Toby and Chloe are officially coming to Mayo
2 weeks ago
Lillie, Millie and Liam reunite on Love Island reunion
2 weeks ago
Love Island's Jake tells Liberty he's "too busy" for a relationship
2 weeks ago
Love Island’s Camilla Thurlow and Jamie Jewitt have gotten married 4 years after the show
2 weeks ago
Kaz and Liberty just had the sweetest reunion ever
Next Page