Love Island's Gabby Allen has opened up about the racial abuse she received over her relationship with boyfriend  Marcel Sommerville.

The Liverpool native hit out at social media trolls who have been sending her messages over the summer due to her romance with the Blazin' Squad Islander.

The 25-year-old posted a series of videos on Instagram Stories where she detailed the extent of the messages she had been receiving. 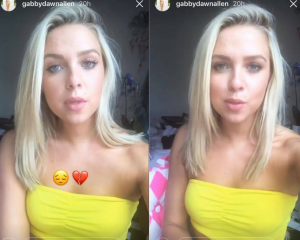 “Right guys so I have been reading through some of the messages I’ve received over the past few weeks and I’m absolutely horrified at the amount of disgusting racial abuse due mine and Marcel’s relationship.

Gabby also posted a series of screenshots of the horrific messages she has received, with the usernames blocked out. 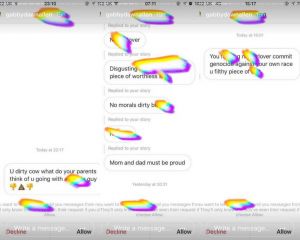 But the Love Island star warned that if it continues, she won't be afraid to "name and shame" the people who send the messages.

“Hopefully it doesn’t, but if it continues I’ll have to choice but to publicly name and shame every single one of you. I will show you one or two just so you can see how disgraceful it really is.

“Sorry for any distress this might have caused anyone, as you can see, behind the scenes isn’t always that pretty. But thanks for the support, aside from this. I get to see my boy tonight and that’s all that matters.”

popular
Terrie McEvoy responds to trolls who commented on her pregnancy weight
The Style Fairy's T-shirt edit is so worthy of your ideal autumn capsule wardrobe
Terminally ill Mayo woman "disgusted" with Irish healthcare system
Someone has ranked the penis size of men from all over the world
Police release bodycam footage of missing YouTuber Gabby Petito
The 'secret' Zara label signs that'll apparently help you get the right size every time
Dublin nurse scammed out of all her savings warns others
You may also like
4 days ago
Love Island's Amy Hart tells inquiry of receiving death threats and abuse
1 week ago
Love Island's Toby and Chloe are officially coming to Mayo
1 week ago
Laura Whitmore speaks out following Love Island reunion episode
1 week ago
Lillie, Millie and Liam reunite on Love Island reunion
1 week ago
Love Island's Jake tells Liberty he's "too busy" for a relationship
2 weeks ago
Love Island’s Camilla Thurlow and Jamie Jewitt have gotten married 4 years after the show
Next Page