Shaughna is set to come clean about her feelings for Luke M on tonight's Love Island - leaving his head "scrambled".

During tonight's episode, she decides to pull Demi for a chat about her feelings for Luke M, who has been getting to know Demi in recent episodes.

“It’s kind of been under my nose for weeks. I’ve definitely gone for the guy my mum would want me to go for, finally. Luke is an angel and any girl that ever ends up with him is a very lucky girl," she tells the Beach Hut.

And as the two of them sit in the lookout, Shaughna tells Demi that while it's a "very uncomfortable conversation for me," she feels she wants to have a chat with Luke.

“Right OK. Oh God… what’s made you feel like this," Demi asks her.

“I think Jamie’s solidified this a bit for me. I’m just like absolutely, I don’t have feelings for you at all. I don’t feel like that for Luke, I feel like we’ve always had flirty banter back and forth," Shaughna explains. "[In the Snog, Marry, Pie challenge] when he didn’t marry me, I was a bit like, ‘Oh OK… I thought that was going to happen’. Then when it didn’t go well with Natatalia I was thinking ‘I’m happy about that, why am I happy about that?’”

And when Demi tells Shaughna she always thought that she and Luke M "were more like brother and sister," Shaughna insists she doesn't see it that way - and that it's just something she never explored. 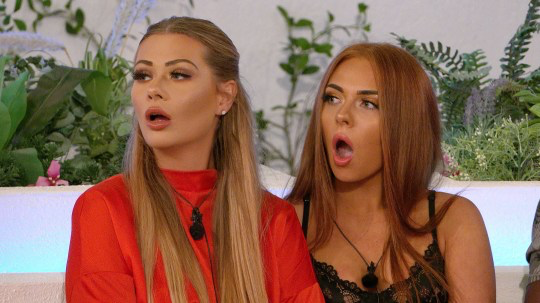 "I feel the same with Jamie. He’s a really nice guy. I keep thinking I need to be open to Jamie, I can’t make the same mistake I did with Nas. But at the same time I can’t help but gravitate towards Luke. You do what you’ve got to do but obviously at the same time I’m still going to get to know Luke," Demi continues.

The pair seem to part on (relatively) OK terms, with both of them agreeing on getting to know Luke M. 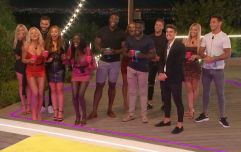 END_OF_DOCUMENT_TOKEN_TO_BE_REPLACED

“I just feel like I don’t have much luck in here. I’ve just got to hope Luke does like me. If Shaughna tells him this information then he might shut it down and come closer to me and it will solidify our connection," Demi later admits in the Beach Hut. "At the same time, if Shaughna tells him that and he starts acting different about me and starts being like that to her, then again at least I know it wasn’t meant to be.”

Shaughna later pulls Luke M for a chat - with some encouragement from Paige and Finn - and tells him how she feels. 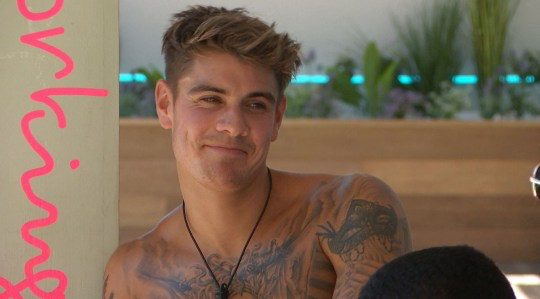 “Let me just get it out… When things didn’t work out too well with Natalia and I was like, ‘Yay, why am I yay-ing..?’ It was a weird time for me. So then Jess said, ‘Demi is going to have a chat with Luke’ and I was like, ‘Oh… OK’. And then I was like, why am I feeling like that, weird. I love Demi so it was very awkward for me. Watching you two sit on the daybed, I was just like, ‘Oh…’," she begins.  “I could be completely barking up the wrong tree. Do I need to say it?”

And with some encouragement from Luke, Shaughna admits that she thinks she likes him - something which the fan-favourite wasn't expecting.

“You’re dropping a bomb… have you thought this over the past few days?" Luke M asks her, to which Shaughna tells him she's been thinking about it for "weeks" - and asks him where his head's at now.

“Scrambled now," Luke M admits."Me and Demi got to know each other and got close, she’s getting to know Jamie as well which put me off a bit. I didn’t want to be in that position again to feel second best, I don’t want to be in a triangle…”

Shockwaves are sent throughout the villa as Shaughna comes clean to Demi and Luke M about her true feelings... #LoveIsland pic.twitter.com/0XyTjlWtkj


popular
This STUNNING €40 Zara dress is all you need to update your wardrobe for summer
#Covid-19: Pharmacist shares how to tell the difference between hay fever and coronavirus symptoms
Woman demands her twin sister change her adopted daughter's name as she wants to use it
Florence Pugh responds to people's 'abuse' over her relationship with Zach Braff
#Covid-19: Tesco make changes to their delivery system to favour elderly and in need customers
Andrea Bocelli to livestream a concert from an empty Duomo Cathedral on Easter Sunday
'He lost his battle' Ailbhe Garrihy's beloved dog Bobby has died
You may also like
1 week ago
#Covid-19: Love Island's Anna Vakili back to work as a pharmacist amid coronavirus outbreak
1 week ago
Love Island's Maura Higgins opens up about the reason behind her split from Curtis Pritchard
1 week ago
Love Island's Curtis responds to rumours he has moved on after split from Maura
2 weeks ago
Love Island may not be returning this June due to coronavirus
3 weeks ago
Love Island's Connor and Sophie's relationship 'on the rocks'
3 weeks ago
Love Island's Zara McDermott to making a revenge porn documentary for the BBC
Next Page