It's got drama, it's got tears, it's got people getting married the second they meet each other and then doing all of that other unimportant stuff later, like meet each others friends, and having a conversation. END_OF_DOCUMENT_TOKEN_TO_BE_REPLACED

MAFS Oz was a cultural reset, and although the series has always existed closer to home, it simply did not have the same effect on audiences as its Aussie counterpart - until now.

Married At First Sight is coming back to the UK, and this time, it's going to take a leaf out of the Australian book. For the show's sixth season, couples will no longer be actually getting married. Rather they will engage in a commitment ceremony and the series will commence from there.

This vital change may seem like a bit of a cop out, but not actually marrying people will open the series up to a whole host of new singeltons who want to get involved but don't want to commit to an actual marriage.

The show will also be moving from Channel 4 to E4. The channel confirmed the news in a statement this week, and yes - they are looking for new contestants to take part.

"Following the Australian format, rather than legal marriages, the couples will make a lifelong commitment to one another at a glamorous ceremony, overseen by a wedding celebrant, that includes guests, bridal gowns, dancing, speeches and cake," they said.

"After the ceremony and celebrations are over, true love is well and truly put to the test, as they embark on a luxurious honeymoon, before moving in with each other AND their fellow couples." 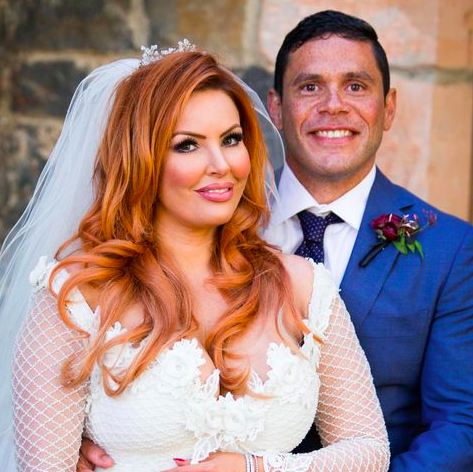 "Relationships will be put under the microscope, by fellow brides and grooms at weekly dinner parties - as well as by the experts, at recurring commitment ceremonies, where couples choose whether they want to stay in or leave the process.

"All this and more will build to a dramatic series finale: glossy, high-stakes vow renewals, in which each couple must decide if they will recommit to their partner or go their separate ways."

As is to be expected, the application process for MAFS is detailed. You need to share a profile, upload a video, and of course, be available to shoot the series in the spring.

There's nothing in the terms and conditions (that we can see) that prohibits someone living in Ireland from entering either. So if you feel up for it, work away - live your MAFS dream. You deserve it.

Girls With Goals || Her · Ep.155: 'Bits of Me' - Linnea Dunne on the importance of women's health
popular
Tried and tested: I tried the viral TikTok mascara hack to see if it really works
Matilda's Bruce Bogtrotter is a doctor now - and he doesn't even like chocolate
Someone has ranked the penis size of men from all over the world
Scarlett Moffatt discovers ‘30% rain’ on weather app doesn’t mean chance of rain
Here's what happens on every day of your menstrual cycle (roughly)
Kate Winslet experienced "horrible" body shaming after Titanic
Why Are Men so Obsessed With Boobs? The Answer is Pretty Surprising...
You may also like
3 days ago
MAFS star Lauren shares story of "pimple" that turned out to be skin cancer
1 year ago
Roxanne Pallett engaged to US reality star after whirlwind romance
2 years ago
So, Married At First Sight's Ben has some pretty harsh words for his ex, Steph
2 years ago
Fancy marrying a stranger? Married At First Sight is looking for applicants
4 years ago
Married at First Sight star's illness diagnosed by concerned Instagram followers
4 years ago
Married at First Sight contestant has spoken out about her experience on the show
Next Page