Mary Berry is usually on the ball but she's annoyed people with this one.

She's currently on TV with her new BBC2 series Mary Berry Everyday, and this time around she made a potato, cheese and leek pie.

For the pie she put all the cooked ingredients into a casserole dish and covered it with puff pastry before putting it in the oven.

The fact that she didn't put pastry on the bottom of the dish is causing outrage online. 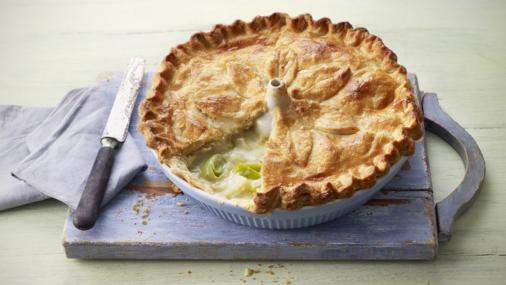 People were complaining that it was just a casserole with a lid and not a pie. Yes, they clearly had a lot of time on their hands.

Here's what they had to say:

No wonder Bake Off had to fire her, if that's what she think passes for a pie! #pah #piegate #lidtastic #maryberryeveryday

That's not a fucking pie, Mary! It's a casserole with a pastry top! #maryberryeveryday

Sorry Mary, but it's not really a pie if there's no pastry base #maryberryeveryday

That's a pastry lid - not a pie. You're going to give Twitter a meltdown. Disgraceful. #maryberryeveryday

That isn't a pie. It has no base. That's just a lid. Disapointed. Would still eat it though.#maryberryeveryday

popular
16 and Pregnant star Jordan Cashmyer dies aged 26
Irish in Sydney shaken by Ashling Murphy murder
Gardaí seize two cars linked to Ashling Murphy death as they question new suspect
Here's where all the 149 tickets that won €36,687 in Saturday's Lotto were sold
A celebrity hairstylist just shared a genius hack for the perfect messy bun
Dancing on Ice professional Sean Rice dies at 49
Louise Thompson cries "20 times a week" due to PTSD following birth of son Leo
You may also like
2 weeks ago
10 of the best on-screen fashion moments from 2021
2 weeks ago
And Just Like That... episode 5: What's next for Miranda and Che?
3 weeks ago
And Just Like That... episode 4: New friendships are formed and others are lost
3 weeks ago
After three long years, The Apprentice is coming back this January
1 month ago
And Just Like That... creator explains why Carrie didn't call 911
1 month ago
Why didn't Carrie call 911 in And Just Like That...?
Next Page