Matt LeBlanc is the gift that keeps on giving.

Ah, the Matt LeBlanc meme. A true Irish gem that will live in our hearts forever.

If you've no idea what we're talking about, let us jog your memory. 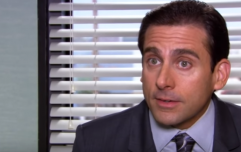 END_OF_DOCUMENT_TOKEN_TO_BE_REPLACED

When the highly anticipated Friends reunion aired last month, fans tuned in in their millions to watch their favourite TV characters reunite for a one off special.

We laughed, we cried, we made probably too many Matt LeBlanc memes. One particular picture of Matt sat in Monica and Rachel's living room went viral across Irish Twitter.

Matt LeBlanc always gits in there before the American tourists do. pic.twitter.com/f3KN4Hc6eN 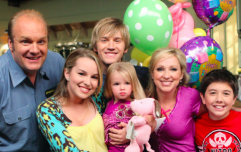 OK, so the baby from 'Good Luck Charlie' is now 9-years-old and wow, we're old

END_OF_DOCUMENT_TOKEN_TO_BE_REPLACED

Deemed "Ireland's uncle", the picture of him sat there with his arms crossed and giving off extreme aul fella in the pub vibes immediately resonated with every Irish person ever.

But what did Matt really think of the meme? One of his pals has spoken out about Matt's true feelings on the viral tweets.

Matt's Episodes co-star Stephen Mangan revealed that Matt may not have fully gotten what the meme was about.

Your dad talking to your friend of 10+ years trying to remember their name pic.twitter.com/r1k8QhoujB 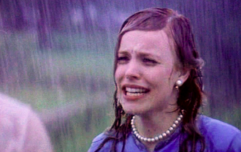 END_OF_DOCUMENT_TOKEN_TO_BE_REPLACED

Speaking with Ray D'Arcy on RTÉ Radio One, Stephen said: "I’m not sure Matt really understands what was happening. Obviously, he is Italian, but he saw the funny side of it. He’s got a good sense of humour."

We're glad he saw the humour in it, even if it didn't really make much sense to him.

The meme covered just about everything any Irish uncle could possibly say to you, from what you'll do with your arts degree to not knowing what any child in the family got for Christmas.

popular
Hilary Swank, 48, reveals she is pregnant, expecting twins
Davide Sanclimenti opens up on having kids with Ekin-Su Cülcüloğlu as he turns down Dancing On Ice
So apparently George and Mollie from Love Island aren't actually step siblings
Lush to open its biggest Irish store this winter
Angelina Jolie accuses ex-husband Brad Pitt of abuse
People are being warned not to dress as Jeffrey Dahmer for Halloween
Rebekah Vardy asks Coleen Rooney to give legal fees to charity
You may also like
9 months ago
Lads, Paul Mescal and Phoebe Bridgers are just roaming around Dublin and the tweets are gas
1 year ago
The Philippines are killing the proof of delivery photoshoot game
3 years ago
Adele is a total QUEEN for posting this Instagram meme about her divorce
4 years ago
Awks! Prince Harry's ex is at the Royal Wedding... and her face says EVERYTHING
4 years ago
Gemma Collins is convinced she inspired this Gucci dress and we think she's right
4 years ago
Have you seen this Prince Harry meme yet? Because it's absolutely gold
Next Page