Modern Family has confirmed it's being cancelled after its 11th season

It's coming to an end.

Modern Family was a TV show that broke barriers before anyone else. It was a depiction of a mixed family and how no matter who you are, or what background you come from, you can be part of a healthy, loving family.

While viewership has gone down in recent seasons, it still ranks on the top 5 scripted shows for ABC.

However, last night it was confirmed that the next season - season 11, will be its last. 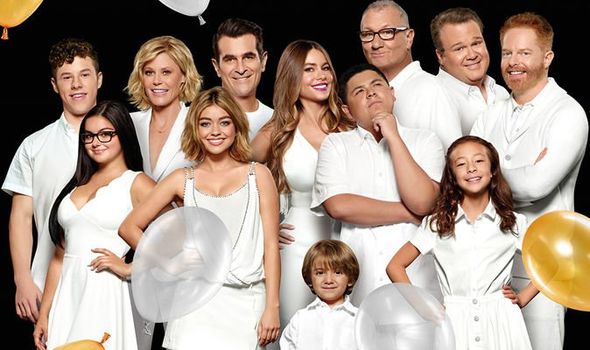 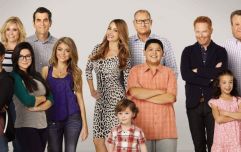 END_OF_DOCUMENT_TOKEN_TO_BE_REPLACED

Karey Burke, president of ABC Entertainment, said in a statement: "Chris and Steve [the creators] have created one of the most seminal and iconic comedies in television history. In its final season, there will be more milestone events that anyone who has been a fan of the series won't want to miss."

Meanwhile, Christopher said: "For 10 years, our characters have bravely faced turning points in life and moved through them to great personal enrichment; we have chosen a different path by doing one more season of Modern Family."

And Lloyd also gave a very tongue-in-cheek response: "After 10 years together, we realised there are still some things our writers don't yet know about each other's sex lives."

The show will be missed.

popular
Women are rinsing their hair in apple cider vinegar – and the results are amazing
Met police apologise for "sexist, derogatory" language used in strip-search
Britain’s biggest family to break new record with another baby on the way
Government to publish bill on right to request remote work option
"Hair contouring" is about to be huge, here's everything you need to know
Gardaí investigating alleged sexual assaults on teenage girls in Sligo
Worried about a loved one? Here are 5 signs of suicide to look out for
You may also like
5 months ago
Modern Family's Eric Stonestreet announces engagement
2 years ago
Modern Family star Norma Michaels has passed away at the age of 95
3 years ago
This Modern Family star has already won Halloween with their Megan Markle costume
3 years ago
Looks like there's some really, really good news for fans of Modern Family
3 years ago
Modern Family is killing off a major character and we are not ready for the heartache
3 years ago
Modern Family's Sarah Hyland lends support to the Repeal the Eighth campaign
Next Page