Neighbours star to return to the show after 29 years

Fans were not expecting this.

Long-standing Neighbours fans will be delighted to hear that actress Annie Jones will be returning to the show, after a 29-year absence. She used to play Jane Harris and is going to be reprising the role in a shock return.

Annie appeared in the show from 1986 to 1989, working alongside a young Kylie Minogue. Her character was given the nickname Plain Jane Superbrain. 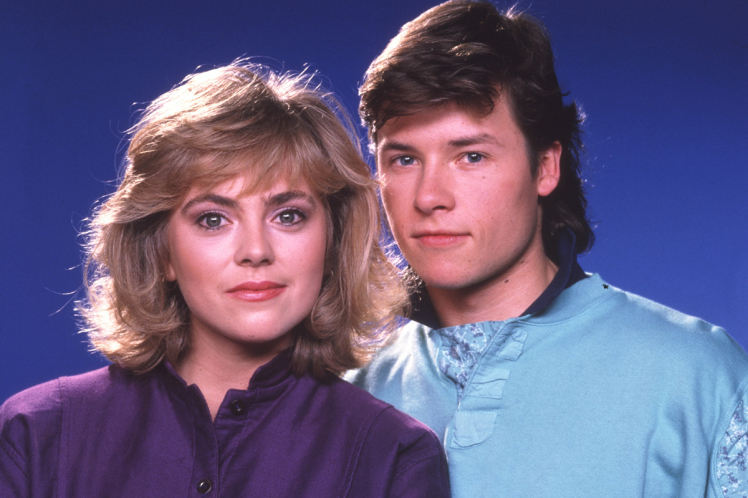 Annie Jones is returning to #Neighbours! How many of our twitter followers remember watching Plain Jane Superbrain in the 80s? pic.twitter.com/Q0GJ9phksb

Speaking about returning to the show, Annie told The Sun:

“I was absolutely thrilled to be asked to return to Neighbours. As an actor, the best thing you can be is a working actor.

I’ve done a lot of guest roles but usually very short lived so this has been lovely to come back for an extended period and really get my teeth into a part.”

popular
Casper Walsh from Versatile got engaged this weekend, and the ring is INSANE
H&M to close 170 stores this year due to dropping sales
Glossier: A first-time buyers guide to this cult beauty brand
5 reasons why Limerick is an ideal staycation destination this summer
J.K. Rowling has signed an open letter calling for the end of cancel culture
Someone has ranked the penis size of men from all over the world
Here's what happens on every day of your menstrual cycle (roughly)
You may also like
2 weeks ago
QUIZ: How well do you remember the very first episode of The O.C.?
2 weeks ago
Leo Varadkar defends use of Mean Girls quote in Covid-19 speech
1 month ago
Carole Baskin handed control of Joe Exotic’s zoo in Oklahoma following court case
1 month ago
PERSONALITY QUIZ: Which Normal People character are you?
1 month ago
'It's just reminded me how rich Sally's books are': Normal People producers on adapting Conversations With Friends during lockdown
1 month ago
'That’s the most honest answer': Skeet Ulrich reveals why he is leaving Riverdale
Next Page