One Survival of the Fittest contestant has already been injured

The show hasn't even started yet.

ITV's new reality show Survival of the Fittest kicks off tonight but before it even airs, one contestant has been injured.

The show, which has been described as the new Love Island, features men and women on different teams, battling it out to see who's fitter.

That's led to Dani Dyer, daughter of actor Danny Dyer, hurting her arm in one of the first tasks which involved an obstacle course.

FINALLY ITS HERE!!! After months of keeping this in and rumours over the past 24 hours I am so excited to see my girls face on Sunday 11 Feb @9pm for the new series of Survival of the fittest!!!!! WHOS GOING TO BE WATCHING ?! ??‍♀️The countdown begins....5 days to go??☀️??? @itv2fittest @itv2 #survivalofthefittest #sort #letthebattlebegin #battleofthesexes

According to The Sun, Dani was rushed to hospital and it's not yet known if she will be permitted to resume filming.

Twenty-one-year-old Dani is currently working as a barmaid and this is her time in the public spotlight.

The reality series is set in South Africa and there are twelve contestants in total, six women and six men.

They're said to be staying in a luxury lodge which has been kitted out with a stunning outdoor swimming pool and a gym. 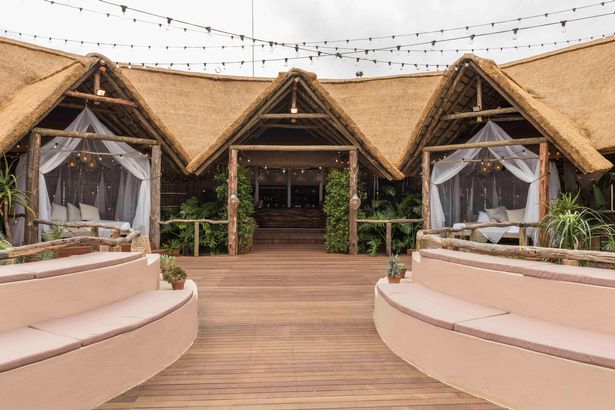 The Treehouse, similar to Big Brother's Diary Room or the Bush Telegraph on I'm A Celebrity Get Me Out Of Here, is where the guys and girls will be able to share their thoughts about the show.

popular
Miracle baby on the way for bride whose partner died on wedding day
Tributes pour in for 28-year-old primary school teacher killed in London
Amy de Bhrún welcomes her second baby
Tributes paid as Sex and the City star Willie Garson dies aged 57
Garth Brooks gives an update on those Croke Park rumours
Johnny Depp confirms he will be back as Grindelwald in Fantastic Beasts 3
New 911 call claims Brian Laundrie 'slapped' and 'hit' Gabby Petito
You may also like
4 weeks ago
Love Island boss says they need to "spice it up" for future seasons
4 weeks ago
Love Island's Megan Barton-Hanson addresses OnlyFans 'unfair' sexual content ban
1 month ago
Love Island hit with 5,000 Ofcom complaints over Teddy backlash
1 month ago
Opinion: Love Island producers need to learn where the line is with mind games
1 month ago
A new documentary about Fred and Rose West is coming to ITV
2 months ago
Love Island could be cancelled if new rules not followed
Next Page