Will Smith is one of those people who just doesn't seem to age.

He recently went on a trip to Zimbabwe and while he was there he did a bungee jump off the Victoria Falls Bridge.

Like most people doing a similar jump, he filmed it on a GoPro and the footage has been doing the rounds online.

Someone noticed that when you pause one particular moment in the footage Will looks exactly like Uncle Phill from the Fresh Prince. Like exactly. 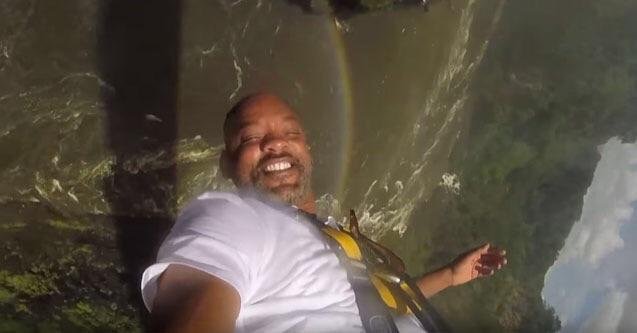 Let's just take a look at them side by side. 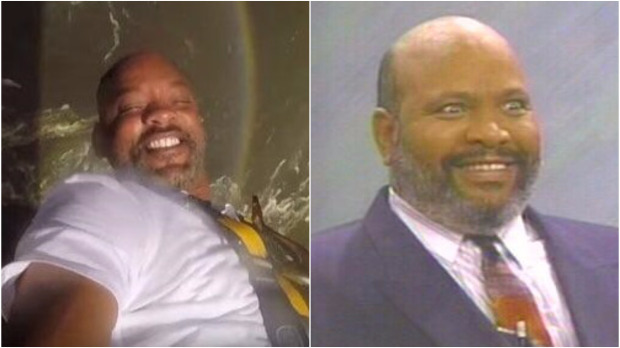 People are losing the plot online over it.

Will Smith took a selfie while bungie jumping and he looks like Uncle Phil pic.twitter.com/YPWMtsSAOz

When did Will Smith become Uncle Phil??? pic.twitter.com/XzZrKaxBOj

popular
'That’s the most honest answer': Skeet Ulrich reveals why he is leaving Riverdale
After days of silence, Scott and Sofia finally comment on the break up rumours
Cristiano Ronaldo has been called 'racist' for his latest Instagram post
Gwen Stefani reportedly pregnant with baby number four
Paul Mescal wore O'Neill's shorts while carrying cans of pink gin so I bought O'Neill's shorts and cans of pink gin
So, William and Harry have a step sister... and who knew?
The entire Twilight Saga is coming to Netflix this month, and we're so ready
You may also like
1 week ago
Sky is releasing a new three-part documentary about sharks that we're ready to sink our teeth into
1 week ago
Here's a list of some of the amazing Sky documentaries coming up
3 weeks ago
Lisa McGee's Tweets about the Derry Girls' favourite movies are pretty much perfect
3 weeks ago
QUIZ: How well do you remember the first season of It's Always Sunny in Philadelphia
3 weeks ago
QUIZ: Can you name these Rick and Morty side characters from their picture?
4 weeks ago
QUIZ: How well do you remember The Inbetweeners?
Next Page