The ultimate prank in school was obviously to draw a willy on your classmate's homework.

And looks like for some people, the joke just never gets old. (Including us, in fairness.)

Rugby pundit Jon Wells was discussing the Super League game between Wigan and Catalan on Sky Sports last night when eagle-eyed viewers (and our bros at JOE.ie) spotted the little cock-up.

We're giving Jon the benefit of the doubt here and presuming that this is the wicked craftsmanship of some other rascal.

He was properly shafted, but at least it's on topic. Just different balls to those the lads were passing around. 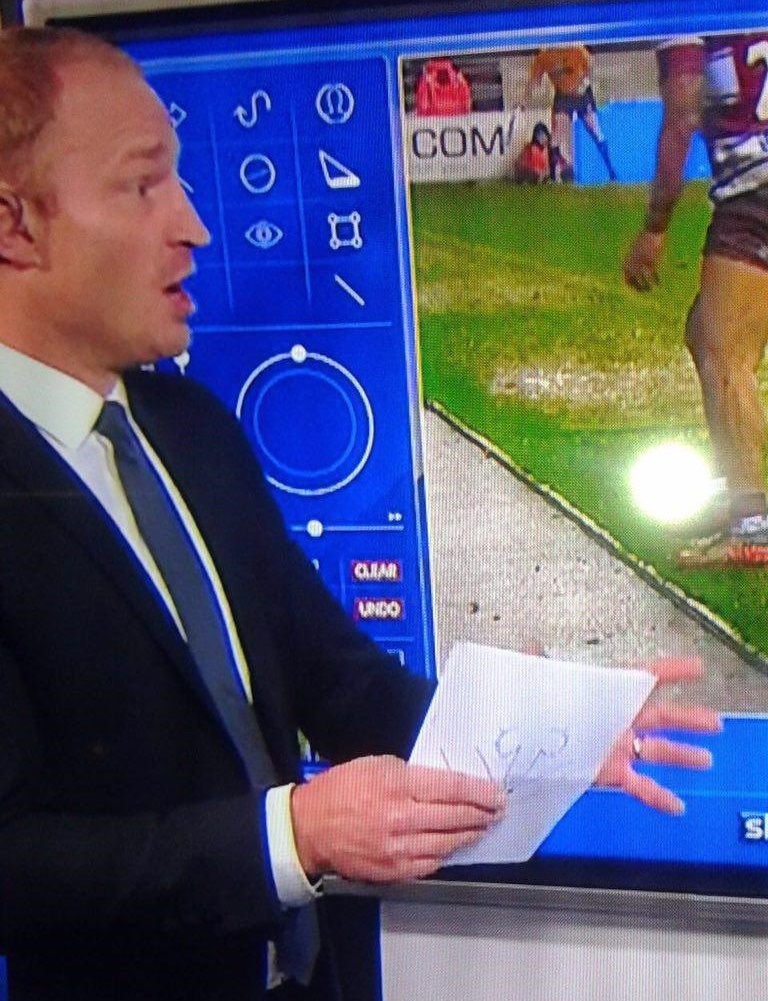 In case you can't tell, that's a penis and a vagina there.

popular
Kate Middleton has addressed the rumours that she's pregnant with her fourth child
Will there be a second season of Gilmore Girls: A Year In The Life? Here's what we know
Curtain bangs are trending - here's everything you need to know
Here's what happens on every day of your menstrual cycle (roughly)
The Queen has banned Meghan Markle from wearing any of Princess Diana's jewellery
Someone has ranked the penis size of men from all over the world
Cristiano Ronaldo has been called 'racist' for his latest Instagram post
You may also like
7 months ago
Hugh Grant truly is Daniel Cleaver after last night's Bridget Jones joke at the BAFTAs
9 months ago
8 things that happen in EVERY Irish household on Christmas Day
9 months ago
WATCH: We tried eggnog for the first time and have some very important thoughts
9 months ago
Remember the Toy Show's JohnJoe Brennan? He's going to be on RTÉ One tomorrow night
10 months ago
WATCH: Kim Kardashian just proved she's the chocolate connoisseur of our generation
10 months ago
Five things that happen EVERY single year at the office Christmas party
Next Page