Like many of us, Pink was absolutely furious to learn about the fines imposed on the Norwegian beach handball team for wearing shorts instead of bikini bottoms at a tournament in Bulgaria.

The team received a €1,500 fine from the European Handball Federation for breaking protocol by opting to wear their usual uniform of shorts instead of bikini bottoms. 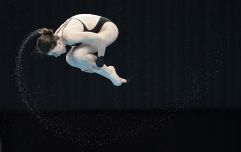 END_OF_DOCUMENT_TOKEN_TO_BE_REPLACED

The reason given for the penalty was "improper clothing".

Kare Geir Lio, the president of the Norwegian Handball Federation said: "Of course we would pay any fine. We are all in the same boat."

He added: "The most important thing is to have equipment that athletes are comfortable with."

I’m VERY proud of the Norwegian female beach handball team FOR PROTESTING THE VERY SEXIST RULES ABOUT THEIR “uniform”. The European handball federation SHOULD BE FINED FOR SEXISM. Good on ya, ladies. I’ll be happy to pay your fines for you. Keep it up.

Since then, Pink has shared her two cents on the matter, and has even offered to cover the team's fine.

The singer said on social media that she was "very proud of the team" for taking a stand, and added that European Handball Federation should be fined in turn. 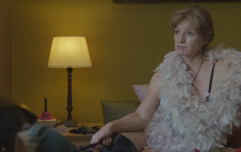 VIDEO: The Angelus Just Got A Makeover

END_OF_DOCUMENT_TOKEN_TO_BE_REPLACED

Taking to Twitter, the So What singer wrote: "I'm very proud of the Norwegian beach handball team FOR PROTESTING THE VERY SEXIST RULES ABOUT THEIR "uniform".

"The European Handball Federation SHOULD BE FINED FOR SEXISM. Good on ya ladies.

"I'll be happy to pay your fines for you. Keep it up."

The Norwegian women's handball team are not the only athletes who are taking a stand against women's clothing in sport.

The Norwegian women's volleyball team recently got fined 1500 euros because they broke protocol and wore shorts. They have requested the right to wear a uniform that doesn't make them feel sexualized. They were told no. Sexism in 2021 people. pic.twitter.com/k8jjVpU3Qi 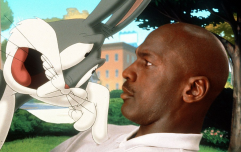 END_OF_DOCUMENT_TOKEN_TO_BE_REPLACED

The German gymnastics team made the decision to opt for full body unitards instead of the short leotards female gymnasts typically wear to competition.

Sarah Voss, a 21 year old gymnast, said that they hadn't fully committed to the idea to wear them at the Olympics until they got together beforehand.

"We sat together today and said, OK, we want to have a big competition," she said. “We want to feel amazing, we want to show everyone that we look amazing."

popular
Fashion detox: All you need for the perfect wardrobe is 37 items of clothing
Woman returns to Zara in a jumpsuit after getting stuck trying it on
5 cocktail bars in Dublin you need to book into this year
Someone has ranked the penis size of men from all over the world
Gwen Stefani reportedly pregnant with baby number four
This simple messy ponytail is everywhere and its effortlessly glam
Apparently, this is the reason behind Chris Martin and Dakota Johnson's split
You may also like
4 weeks ago
Team Ireland have been crushing it at the Paralympics - and we're just getting started
1 month ago
Ireland's first Olympic female diver Tanya Watson qualifies for semi-finals
1 month ago
Two best friends decide to share Olympic gold medal
2 months ago
Mona McSharry makes history in women's 100m breaststroke
2 months ago
There's no one in sports quite like Simone Biles
4 months ago
Government to consider return of live events in July
Next Page