Brant Daugherty has joined the Fifty Shades film sequels and is set to appear in the third movie as Luke Sawyer. 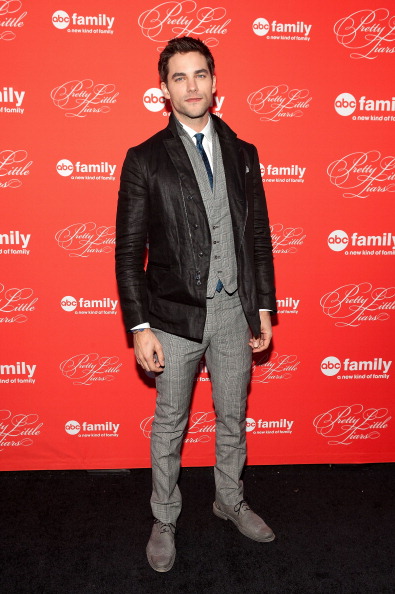 For those who need a quick recap, Luke is a bodyguard Christian assigns to Anastacia to protect her (not from him, but it wouldn’t hurt).

Thanks for the warm welcome @E_L_James! I can't say how excited I am to bring Sawyer to life #FiftyShades

Brant will star alongside Kim Bassinger and Dornan and Dakota Johnson, who reprise their roles as Christian Grey and Anastasia Steele in the box office hit.

popular
You stars Victoria Pedretti and Dylan Arnold spark romance rumours
Channel 4's Breastfeeding My Boyfriend doc criticised for contributing to stigma
Late Late Show viewers are not happy with Ryan's questions for Billy Connolly
Why Are Men so Obsessed With Boobs? The Answer is Pretty Surprising...
Gwen Stefani reportedly pregnant with baby number four
How to INSTANTLY unblock your stuffy nose (we swear this works)
New study finds link between fizzy drinks and infertility
You may also like
2 years ago
We're VERY happy with the casting for Will Smith's replacement in Suicide Squad 2
5 years ago
Napster Founder Has Come Up With The Best Idea For Watching New Movie Releases At Home
5 years ago
Here’s One More Reason Why Kate Winslet Was the Perfect Actress To Play Rose in Titanic
5 years ago
Florida Is Set To Get Chilly As Disney World Launch Magical New Frozen Ride
5 years ago
PIC: This Is What The Child Actor Who Played Forrest Gump Looks Like Now
5 years ago
This Iconic Actress Was Originally Set To Star In Breakfast At Tiffany’s
Next Page