If you're a fan of a scary movie then why not curl up on the sofa, pour a glass of red wine and watch a horror flick.

(Disclaimer: this list was comprised predominantly by one person with the odd interjection from the rest of the Her team. Any disagreement or blind rage should be directed elsewhere.)

Before we kick off though - and for the sake of including more films than originally anticipated - the following is a group of highly commended horrors that almost made the top 10 but fell at the last hurdle.

Still worth watching, though: A Nightmare on Elm Street, Hush, It, The Conjuring, The Exorcist, Rec.

A horror classic - and ideal for Halloween night, for obvious reasons.

Jamie Lee Curtis and an assortment of young friends are tormented by the one and only Michael Myers who has recently escaped from the mental institution he spent most of his life in.

Lots of effective jump scares, creepy shots of Myers just standing in random places, and a score that will probably stick with you for the rest of your life.

Liv Tyler and Scott Speedman get harassed by some lads in masks for the entirety of the film for literally no reason at all.

It's scary because it could happen to you too.

Get Out is a work of genius in that it manages to be entertaining, funny, and genuinely terrifying all at the same time. 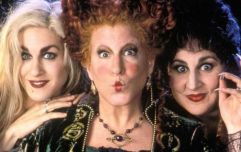 END_OF_DOCUMENT_TOKEN_TO_BE_REPLACED

It's a film that upon release was praised as much for its ability to terrify as well as just being really smart and woke and including a white girlfriend who pretends to empathise with her POC boyfriend but is actually a massive evil bitch.

Martyrs is horrific - in the best way possible.

Be warned though, you will feel different after. 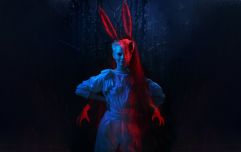 Ireland’s all-new three-day Halloween spectacular is going to be insane! It's the Púca festival

END_OF_DOCUMENT_TOKEN_TO_BE_REPLACED

Surprised that Jeepers Creepers is as high up this list as it is? Well you shouldn't be, because it's bloody scary.

Justin Long plays the part of a sweaty teen who just wants to get himself and his sister home for the summer when a bizarre winged create wearing a hat rocks up to add them to his basement human collection.

The movie would not have even been considered for this list if it wasn't for the van scene at the start of the film. Harrowing stuff.

Horror movie about an STI that hunts you down and kills you unless you pass it on to somebody else by having penetrative sex with them?

Stop complaining guys, Saw is a horror masterpiece and we won't have a bad word said about it, alright?

Forget the franchise for a second - forget the nine or so movies that followed the first one and just focus on the OG.

Saw was released in 2004 off the back of the smallest budget in the world and a short film that contained just one trap - the reverse bear one.

The production value is low, the acting is questionable at times, but it's got a twist that will leave you questioning every single thing you thought you knew about horror and possibly life in general.

Prepare to be stressed out, appalled, and totally blown away.

Two lads and a gal lost in the woods with nothing but a video camera, a runny nose, and an urban legend about a witch that roams the area.

Starts off slow but thank god it does, because once it gets going it doesn't stop. This is watch-between-your-fingers horror that genuinely terrifies its audience without actually showing a whole lot of anything.

Honourable mention for the shot of the guy standing in the corner alone because that shit has stayed with us for years.

Hereeeeeee's probably the most unnerving and disconcerting film you're ever going to watch in your life.

Who among us could have ever thought that throwing Jack Nicholson in a red bomber jacket and giving him a baseball bat would yield one of the most terrifying sequences in horror?

It's also the most iconic too - but don't let that take away from the sheer genius of the rest of The Shining because that film is packed with the creepiest One Perfect Shots you will ever see.

Think old woman in the bathtub, dead twin girls, and that one scene in the bathroom and you'll know what we're on about.

Watch The Texas Chainsaw Massacre and don't sit up for seven nights in a row convinced you can hear the score playing over and over in your head, we dare you.

This film came out in 1974 and despite everything that's come after, it remains one of the single most terrifying movies you will ever see.

Essentially, 1 hr 30 of sheer and utter panic with a final shot that is absolute perfection.


popular
Met Éireann have issued a fresh snow/ice warning for three counties
BRB, running to Penneys for the €19 trousers that look like they cost ten times the price
The comfy €42 M&S boots we're going to be living in all spring
The dress that Holly Willoughby wore this morning is getting very mixed reactions
'Be a lady they said' made waves yesterday, at the exact moment it should have
'Be A Lady, They Said!' You need to watch this incredibly powerful video about being a woman
Netflix's The Woods is the thriller that will be your next TV obsession
You may also like
3 months ago
'Come on, it’s 2019' Molly-Mae Hague is getting slammed for her Halloween costume
3 months ago
Met Eireann give weather update for Halloween night and it's not looking good
3 months ago
Rocks thrown at Dublin Fire Brigade as they tried to extinguish bonfire
3 months ago
10 amazing (but scary) mummy cakes your Halloween needs
4 months ago
Pull up your red socks this bank holiday weekend to nab yourself a FREE pint of Smithwicks
4 months ago
You'll get $20k for making it through this haunted house – but no-one ever has
Next Page