Remember Screech From Saved By The Bell? Well, He's In A Bit Of Trouble

We all remember Dustin Diamond as Zac Morris' goofy yet endearing sidekick Screech on the 1990's hit show Saved By The Bell.

Sadly, Diamond's recent troubles with the law have landed him with a four month jail sentence today according to CNN.

Diamond stabbed a man in a bar brawl last Christmas in Wisconsin and was sentenced to 120 days in jail by Judge Paul Molloy. 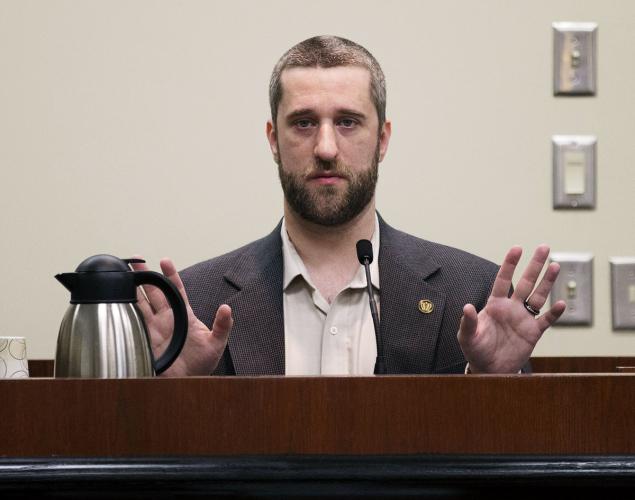 He told the courtroom: "I want it to be clear that this situation will be not repeated again," he told the court, calling the fight the, "single most terrifying experience of my entire life."

Advertisement
Diamond stated that he did not intentionally stab the individual in the bar but that chaos broke out and people were grabbing at him and that he swung his arms to break free.
Lead Image: Huffington Post

popular
Couple, both 100, die holding hands just hours apart after being married for almost 80 years
Gwen Stefani reportedly pregnant with baby number four
Here's an early look at the huge range of arts & crafts toys coming to Lidl this month
Vogue Williams deems David Beckham a "sh*tebag" over World Cup deal
WIN: A €100 Maxol fuel voucher and a festive hamper for yourself and one for a friend
Kourtney Kardashian gives huge update about stopping her IVF journey 10 months on
Here are our top picks from this week's Lidl Toy Event
You may also like
6 years ago
A teaser trailer for Fifty Shades Darker has been released and it looks intriguing
6 years ago
Britney Spears has come under serious fire for reportedly miming in Carpool Karaoke
6 years ago
Remember Viktor Krum from Harry Potter? He's unrecognisable these days
6 years ago
Ariel Winter hits back at Instagram body shamers
6 years ago
We've added sarcastic subtitles to popular movies and the results are gas
6 years ago
Former presenter of Art Attack has had a COMPLETE change of career
Next Page