'You' season three to resume filming this autumn

Production on season three of Netflix's You is due to kick off later this year.

According to LADBible, filming on the new series of the show is expected to resume in autumn.

A source close to Netflix told the publication that the new schedule is set to commence later on this year, so thankfully we won't need to wait that much longer until we've got another hearty dose of Penn Badgley and Victoria Pedretti.

The wildly popular Netflix show about a psychopathic murderer named Joe has become a bit of a Christmastime staple, usually dropping onto the streaming platform when we're all enjoying a bit of quality festive time.

This year, however, due to the prevalence of Covid-19 and all of the very unfortunate things that came with it, production on You halted. 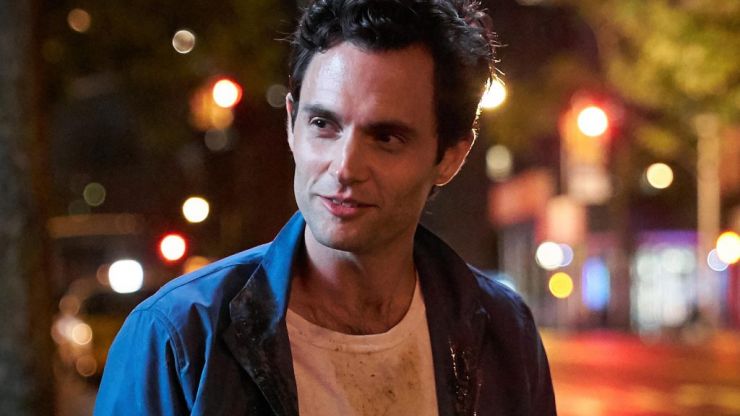 That unfortunately means that we won't be getting a new season of the show in time for Christmas, but we will be getting it eventually - and that's good enough for us.

Series co-creator Sera Gamble recently told Badgley during an interview video call that season two's cliffhanger of the mysterious woman in the back garden will, of course, be addressed.

In fact, it'll probably be a pretty big part of season three.

"I want to ask you about what we're going to do here but you can't really tell us," said Badgley.

Gamble replied: "It's pretty obvious when we were filming this that we were careful not to show too much of her because that role hasn't technically been cast yet.

"But there's lots to come with that neighbour."

popular
Aldi is selling a €20 coffee machine that's designed to "Brew and Go"
'Beard-baiting' is now apparently a dating trend - and we're all for it
Four counties to be “looked at very carefully” ahead of possible move to Level 3 restrictions
Kate Middleton has addressed the rumours that she's pregnant with her fourth child
Curtain bangs are trending - here's everything you need to know
Why Are Men so Obsessed With Boobs? The Answer is Pretty Surprising...
A new €1.3 million stargazing experience opens in Co. Tyrone next month
You may also like
5 days ago
Netflix shares trailer for fascinating David Attenborough documentary
6 days ago
WATCH: Netflix to release documentary on the Watts family murder
1 week ago
5 Netflix releases to keep an eye out for in October
1 week ago
4 new additions to Netflix to spend your weekend watching
1 week ago
Selling Sunset's Chrishell Stause reveals "the brokerage has split"
1 week ago
Netflix's Cheer star Jerry Harris arrested on child sex images charge
Next Page