Finally! The Sinner season 3 is arriving on Netflix this June

Get ready to binge-watch all of this in one night.

First of all, we'd like to thank Netflix for keeping us distracted and busy during this stuck-at-home time. They really are spoiling us with these summer releases.

Just yesterday, Netflix revealed that The Sinner season 3 will finally be released on Netflix UK and Ireland this June 19 and we are honestly SO ready for it.

Another June update: The Sinner s3 comes to Netflix UK/IE on 19 June. 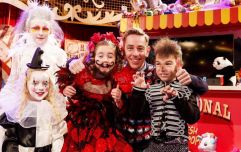 END_OF_DOCUMENT_TOKEN_TO_BE_REPLACED

Having stunned us with the first two seasons, The Sinner is back with a season that is claiming to be the "most shocking story yet". Bill Pullman returns to the role of Detective Harry Ambrose, who is working on a case surrounding a fatal car crash. The crash initially seems to be an accident but Harry Ambrose thinks there's more to it, and considering the series we're watching, we expect he's probably right.

What we love about The Sinner is that the show follows one case per series - it means that we get to spend a lot of time with the different characters, and the storyline is given time to really develop and evolve, but there's also no sense of it being dragged on longer than is natural. That and, once we've started, we can't stop watching it until we've inhaled the whole thing.

Seriously, this is edge-of -your-seat stuff. If you haven't watched the first two seasons yet, we suggest you get right on that. You've got a whole month before the 3rd season arrives - sure that's plenty of time.

Girls With Goals || Her · Ep.151: 'A Story Shared' - Aoife P. Rafter on blogging during a pandemic and living with CF
popular
I'm A Celeb end date confirmed as series wraps up early
Roz Purcell apologises for error with new clothing line amid sizing criticism
Rosanna Davison brings her twin boys home to meet their big sister
Irish sustainable clothing company remove all stock from website for Black Friday
Prince Harry 'supported by William and Charles' after wife Meghan's miscarriage
This ingenious hack to clean your washing machine is an absolute game changer
Here's how to apply to be in The Late Late Toy Show's virtual audience
You may also like
1 week ago
Little Mix's Jesy Nelson steps away from band "for private medical reasons"
1 week ago
The Vicar of Dibly is returning with special lockdown Christmas episodes
1 week ago
I'm a Celeb sparks Ofcom complaints after vomiting scenes on Sunday night's episode
1 week ago
Dawson's Creek: The painfully self-aware teen drama that could never be made today
1 week ago
Netflix is making a documentary about Sophie Toscan du Plantier's murder
1 week ago
'Ghost' spotted on first night of 'I'm A Celeb' at Gwrych Castle
Next Page