Some VERY Familiar Faces Are About To Arrive On ‘Love Island'

There’s some very familiar faces on route to Love Island this week and we can’t wait to see how the islanders are going to react.

TOWIE favourite Ferne McCann is rumoured to be making her way to Spain for the show. 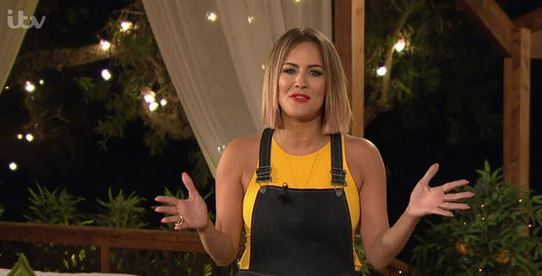 It is unclear though as to whether she will be going into the villa or joining Caroline Flack in studio.

The reality star tweeted the news to fans this morning.

Strictly Come Dancing star Ola Jordan alongside her husband James are also said to be in Spain for the show, with James cheekily tweeting Caroline Flack earlier today.

Oi!!! @carolineflack1 Me and @The_OlaJordan are on our way out there to see you babe I've got my speedos with me

Former Hollyoaks star Paul Danan has announced that he will also be making a return to the island following his appearances back in 2005 and 2006.

While Ex on The Beach star Jess Impiazzi also hinted to her Twitter followers that she was headed for the island.

It sounds like it's going to get pretty crowded out there and we can’t wait to see how it's all going to pan out!