She was having none of it.

Taylor Swift has reportedly fired one of her dancers and friend, Toshi, after he apparently shared multiple sexist memes on his social media profiles.

Toshi had been sharing misogynistic memes on his Instagram that included jokes about women going back to the kitchen and other jokes relating to sexual assault. 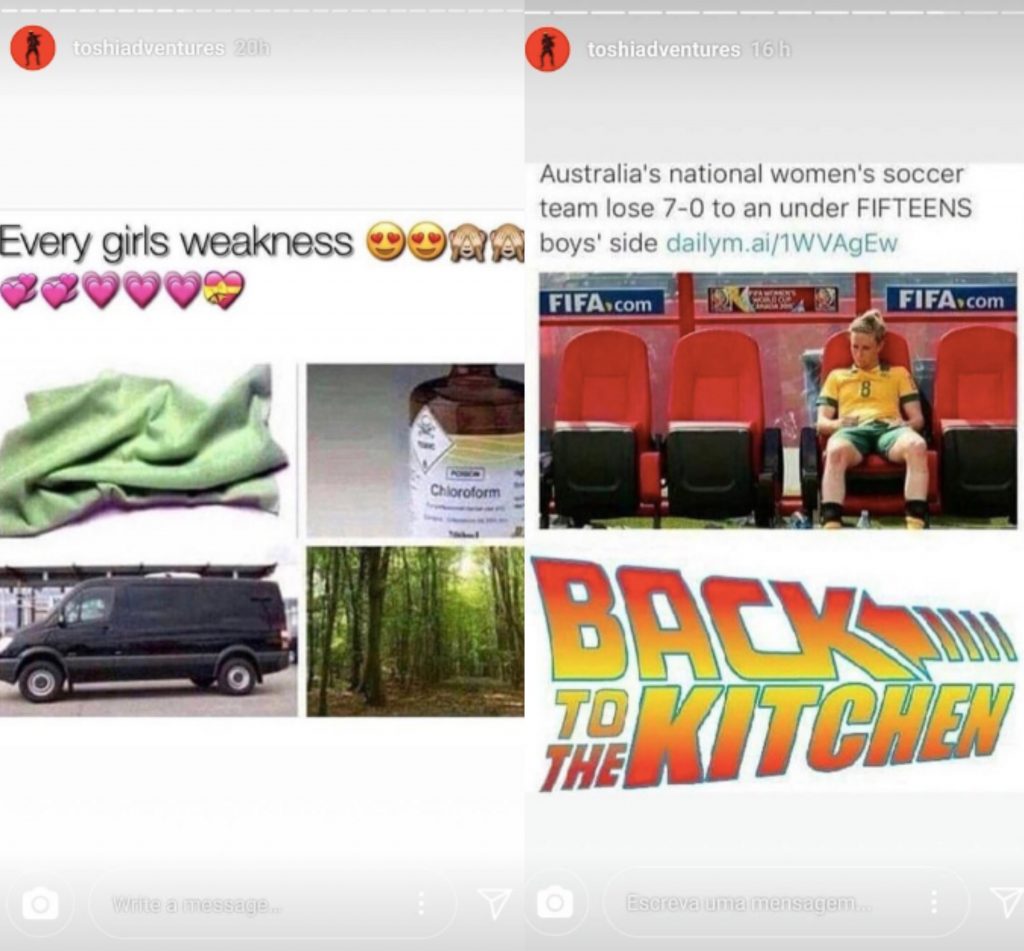 The dancer has been a part of Taylor’s team since her 1989 tour in 2014 and has become a close friend over the years, however, his recent behaviour is said to have pushed her too far.

“She simply cannot endorse this behaviour and to do so would be setting a bad example for her fans,” a source told the Daily Mail.

Those fans have already shared their disapproval of the dancer’s comments on Twitter, with many praising Taylor for taking such a strong stance in letting him go.

Can you even fathom @taylorswift13 hiring you AND giving you $50k for your sick nephew and then disrespecting women and sexual assualt as if pouring salt in her wounds? Like yikes Toshi. You did something bad.

Toshi, a dancer, from @taylorswift13’s tour posted these disgusting memes on his story on Instagram. s I am writing you this, not as a Swiftie, but a woman, to tell you that these posts you make are not even remotely funny. @taylornation13 @scottborchetta #ToshI pic.twitter.com/vW3rs7Jt07

Toshi is no stranger to the headlines as recently he set up a GoFundMe page to raise money for his sick nephew - to which Taylor donated $50,000.

popular
Female child rushed to hospital after violent incident in Co. Clare
Young girl found injured in Co. Clare house is in critical condition
Abducted in Plain Sight: True crime drama follows girl who was kidnapped twice by the same man
Molly Mae Hague shares emotional moment she discovered she was pregnant
Two Love Island 2022 stars have just become step siblings...
Free contraception for up to 30s and publicly funded IVF expected in Budget 2023
Contraception, IVF and rent relief: Key takeaways from Budget 2023
You may also like
1 week ago
Gigi Hadid's dad addresses Leo dating rumours
2 weeks ago
Here's why people aren't buying Kourtney Kardashian's collaboration with Boohoo
3 weeks ago
Leonardo DiCaprio "splits" from girlfriend Camila Morrone
1 month ago
Mrs Hinch on being Stacey Solomon's bridesmaid
4 months ago
Everything you might have missed from Kourtney and Travis' wedding
4 months ago
The internet is losing it over Kendall Jenner trying to cut up a cucumber
Next Page