When he burst on to the scene with the brilliant Reservoir Dogs, there really was no denying that Quentin Tarantino could certainly write a good script. Over the years, with every new film that he directed and wrote, Tarantino established himself as the script master. Here are twelve of our favourite quotes from his scripts.

1."I like the way you die, boy." Django, Django Unchained.

This quote from Django floors us every time.

END_OF_DOCUMENT_TOKEN_TO_BE_REPLACED

2. "You probably heard we ain't in the prisoner-takin' business; we in the killin' Nazi business. And cousin, business is a-boomin'." Lt. Aldo Raine, Inglourious Basterds.

It might not be the greatest of Tarantino films, but it still had one of the best scripts.

How many times have you seen this film, admit it? 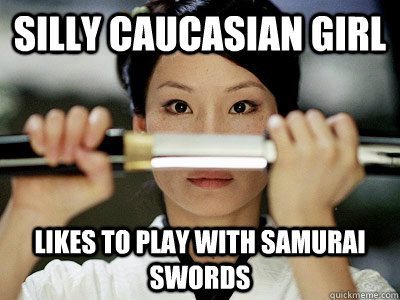 5. "My ass may be dumb, but I ain't no dumbass." Ordell Robbie, Jackie Brown

6. "Normally, both your asses would be dead as f--king fried chicken, but you happen to pull this s--t while I'm in a transitional period so I don't wanna kill you, I wanna help you." Jules, Pulp Fiction

7. "You shoot me in a dream, you better wake up and apologize." Mr. White, Reservoir Dogs.

Reservoir Dogs, where it all started.

Don't worry Lucy Liu, we won't be missing with you.

9. "We got a German here who wants to die for his country! Oblige him!" Lt. Aldo Raine, Inglourious Basterds.

That moment where Brad Pitt decides he's just not going to mess around.

That showdown with O-Ren was one of the best moments from the film, there is no denying it.

11. Jules: I want you to go in that bag, and find my wallet. Pumpkin: Which one is it? Jules: It's the one that says Bad Motherfucker. Pulp Fiction

And now everyone owns that wallet. 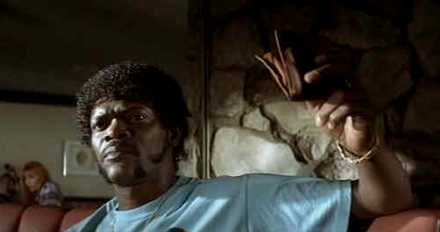 12. "Any of you fucking pricks move, and I'll execute every motherfucking last one of ya!" Honey Bunny, Pulp Fiction

Pretty much the most iconic. 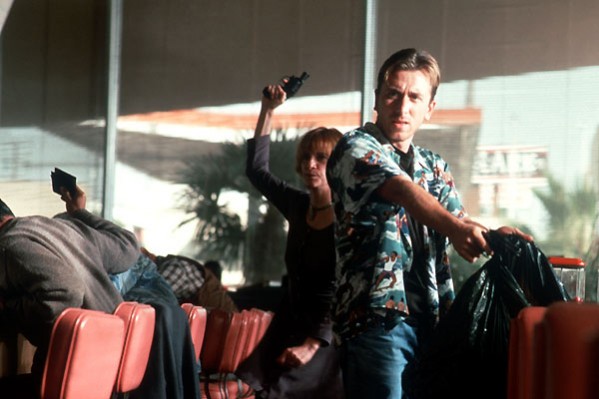 And this for an honourable mention.

popular
Paige Thorne breaks her silence on Jacques O'Neill drama
Top tips for keeping your fake tan on for longer as the weather heats up
Love Island producers respond to claims Jacques was kicked off the show for "bullying"
Met Éireann extends high temperature warning for Ireland this weekend
Apparently, THIS is the reason why Louise Redknapp split from Jamie Redknapp
Ekin-Su Cülcüloğlu signs the biggest fashion deal in Love Island history
TikToker shows how to avoid sweat stains by using pantyliners
You may also like
2 months ago
Pirates of the Caribbean creators not ruling out Johnny Depp's comeback despite trial
4 months ago
WATCH: New camera angle shows Jada Pinkett Smith's reaction following Oscars slap moment
4 months ago
Will Smith was asked to leave Oscars but refused to leave, Academy says
4 months ago
Will Smith apologises to Chris Rock for slapping him at Oscars
4 months ago
WATCH: The trailer for Where the Crawdads Sing is here
4 months ago
Sneak peek: See the first images of Daisy Edgar-Jones in ‘Where the Crawdads Sing’
Next Page