We can't wait for the show to start now!

When Sandra Martin announced that she was leaving Gogglebox, we were more than a little upset because her one-liners were just hilarious.

However, with the news that she's set to join the latest series of Celebrity Big Brother, we're going to see a lot of more of her on our TV screens. 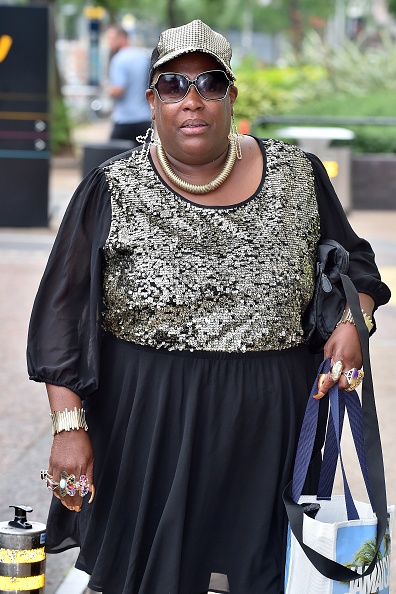 The series will start with an all-female cast to mark 100 years since women won the right to vote in Britain before the male contestants later enter the CBB house.

Sandra's former Gogglebox partner Sandi Bogle was a big hit when she took part in this year's CBB and this is said to have inspired Sandra to try her hand at the popular reality show.

"Sandra is heading into the house - she's heard a lot about it from Sandi and after Sandi's success on the show, she wants to try it out herself.

"She's outgoing, not afraid to speak her mind and wants to grow her profile, so she'll be great in the house. Sandi told her it's one of the best things she's ever done".

The show kicks off on Tuesday, January 2 at 9 pm and it's sure to be a welcome distraction from any post-Christmas blues.

popular
Paul Mescal wore O'Neill's shorts while carrying cans of pink gin so I bought O'Neill's shorts and cans of pink gin
This amazing hanging egg chair is coming into Aldi next week and go, go go (but safely)!
After days of silence, Scott and Sofia finally comment on the break up rumours
So, William and Harry have a step sister... and who knew?
Women and girls struggling with access to period products during #Covid-19, research shows
Her Quarantine Quiz Week 9: Iconic Irish music videos
Cristiano Ronaldo has been called 'racist' for his latest Instagram post
You may also like
1 year ago
Roxanne Pallett has some pretty interesting news, and we're not at all surprised
1 year ago
Rylan Clark-Neal drops the biggest hint yet about Big Brother's return
1 year ago
CBB's Ben Jardine shares sweet first photo of newborn daughter
1 year ago
Emma Willis finally opens up about THAT Roxanne Pallett interview
1 year ago
Ryan Thomas has received his 'letter of apology' from Roxanne Pallett
1 year ago
Roxanne Pallett writes letter of apology to Ryan Thomas after CBB allegations
Next Page