This would change everything.

The Handmaid's Tale recently returned for its highly anticipated season two - and we've been absolutely hooked ever since.

Much like the first season, there have been plenty of jaw-dropping moments so far. But the latest cliffhanger may the biggest yet.

If you don't want to see spoilers, turn back now. 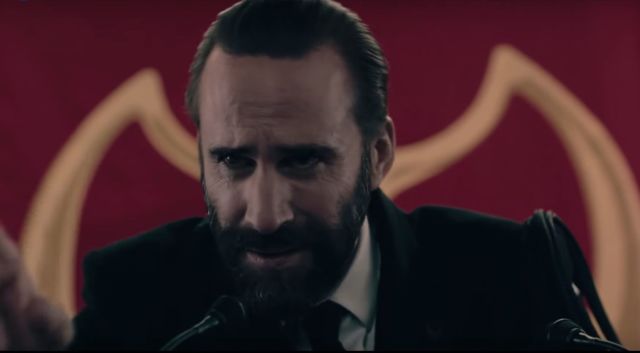 Right, so First Blood - the sixth episode the season - featured Commander Waterford (or Fred) as he was putting the finishing touches onto the Rachel and Leah Centre.

The building would serve as the new Red Centre, which would welcome more Handmaids into Gilead - and things went terribly wrong upon its opening.

END_OF_DOCUMENT_TOKEN_TO_BE_REPLACED

While Fred gave a speech emphasising the importance of Handmaids, Ofglen - who had her tongue cut out earlier this season for sprucing out against the stoning of Janine - made her way into the hall and began to charge the stage.

The other Handmaids began to run away from the building, as Ofglen detonated a device hidden under her red dress and caused a huge explosion. 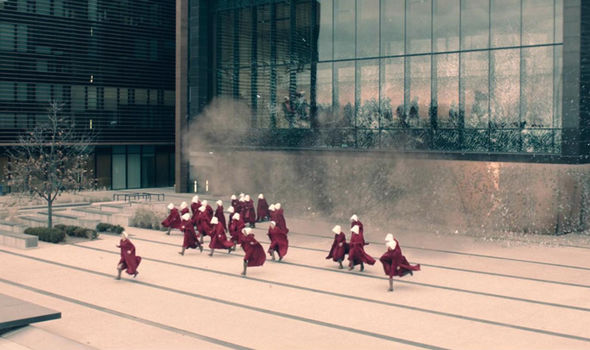 It seems pretty likely that Ofglen didn't survive the explosion, but the trailer for the following episode appears to hint hat Fred may also have not made it out alive.

The possible death of Fred would definitely be huge for the series, and add a new dimension to the dynamic between Serena and Ofred.

And, basically, would change absolutely everything.

Girls With Goals || Her · Ep.151: 'A Story Shared' - Aoife P. Rafter on blogging during a pandemic and living with CF
popular
Around the world: The most popular baby names in major cities across the globe
Netflix announces new true crime documentary series: The Vanishing At The Cecil Hotel
"The female gaze is brilliant:" Why Phoebe Dynevor is proud of Bridgerton's sex scenes
Someone has ranked the penis size of men from all over the world
Not petite or plus size? 4 'mid-size' style influencers you should follow on TikTok
Matt LeBlanc And Matthew Perry Reveal Reason Why They Didn’t Attend Jennifer Aniston’s Wedding
Here's what happens on every day of your menstrual cycle (roughly)
You may also like
1 week ago
Did you spot this? Bridgerton's Claudia Jessie also starred in Line Of Duty
2 weeks ago
New series of Reeling In The Years to air on RTE this spring
2 weeks ago
"Calling new islanders": Love Island is now casting for next season
2 weeks ago
Here are some of the best movies on TV this Monday
2 weeks ago
14 TV shows that everyone is going to be talking about in 2021
3 weeks ago
Need something to watch? Here are some of the best movies on TV this Sunday
Next Page