The Storyline For Toy Story 4 Is Not What We Were Expecting!

We are all extremely excited here at Her Towers for Toy Story 4 so when details of the new plot were revealed this week we got very excited to say the least.

However, the news is certainly a bit unexpected for fans of the hit Pixar movie as it has been revealed that the fourth movie is going to have a completely different storyline from the original three. 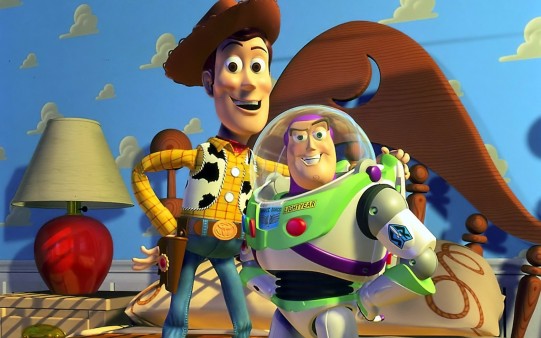 END_OF_DOCUMENT_TOKEN_TO_BE_REPLACED

“It’s not a continuation of the end of the story of Toy Story 3,” said Jim Morris, Pixar President to Disney Latino.

“Temporarily it is, but it will be a love story. It will be a romantic comedy. It will not put much focus on the interaction between the characters and children. I think it will be a very good movie,” he added.

popular
Traditional names such as Mary, Maureen, John and Michael may soon be extinct
Toddler drowns in swimming pool while on holidays in Costa Blanca
This is how much Kourtney and Travis' wedding cost
The 2 Johnnies share unbelievable catfish ordeal as woman 'targets 40 people'
Singer Cliona Hagan marries Simon Sheerin in Athlone ceremony
Kevin Spacey charged with four counts of sexual assault against three men
Pink just announced she was pregnant in gorgeous image
You may also like
1 week ago
Pirates of the Caribbean creators not ruling out Johnny Depp's comeback despite trial
1 month ago
WATCH: New camera angle shows Jada Pinkett Smith's reaction following Oscars slap moment
1 month ago
Will Smith was asked to leave Oscars but refused to leave, Academy says
1 month ago
Will Smith apologises to Chris Rock for slapping him at Oscars
2 months ago
Sneak peek: See the first images of Daisy Edgar-Jones in ‘Where the Crawdads Sing’
2 months ago
Netflix crack down on password sharing by trialling new non-household user costs
Next Page