There's MORE drama for the Mitchell family this week

Mitchells and drama are two words that should never mix.

One seriously dramatic storyline that's going to unfold this week is that involving the Mitchell family. 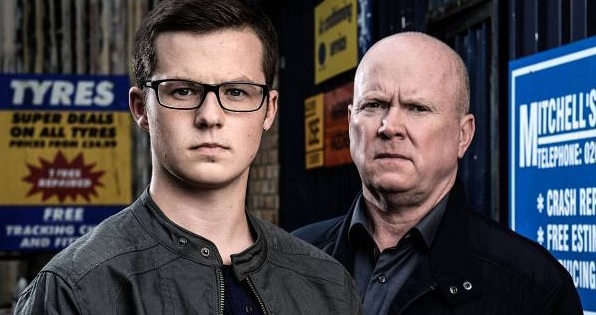 END_OF_DOCUMENT_TOKEN_TO_BE_REPLACED

According to Digital Spy, both Ben and Jay are out to prove themselves as true gangster Mitchells as Ben wants to take revenge after the untimely death of his late boyfriend, Paul Coker.

Ever since Paul was killed, Ben has only been angrier and more agitated than usual, so along with recently found out drug dealer brother Jay, the pair look to set the wrongs put against them right.

The pair will reportedly hatch a plan to kill the people responsible for Paul's death, and seem to be fully intent on carrying it out before Ben's sister, Louise Mitchell smells a rat.

Worried about what the boys are going to do, she's left with no other choice but to call the police on her brothers, which could see Ben Mitchell going back to prison once more.

Actor Harry Reid, who plays Ben, has spoken about Ben's motivation to get his revenge.

"He has just lost his boyfriend, someone he really loves and Paul was harmless.

"All he is going to think about every single day is some bloke stamping on Paul's face, which is a grim image when you think of it. It was a real vicious hate crime and Ben's a cannon - they have lit the fuse."

popular
Terrie McEvoy responds to trolls who commented on her pregnancy weight
Police release bodycam footage of missing YouTuber Gabby Petito
Derry Girls star speaks out after show called "distinctively British"
Ariana Grande just dropped a breakup song about Pete Davidson AND Mac Miller
Forget Making a Murderer, This Crime Documentary is Finally on Netflix
Lucy Mecklenburgh shares fear of finding son "blue in his cot"
Dublin nurse scammed out of all her savings warns others
You may also like
9 months ago
EastEnders and Carry On legend Barbara Windsor dies aged 83
1 year ago
EastEnders shuts down filming amid coronavirus outbreak
1 year ago
Apparently, Emmerdale is the most stressful soap for fans to watch
1 year ago
EastEnders have 'revealed' Bex Fowler's exit storyline
1 year ago
EastEnders' Patsy Palmer to 'return' as Bianca Jackson
1 year ago
'Maybe see you again one day': Jacqueline Jossa sends fans wild as she hints at possible EastEnders return
Next Page