We're happy to see that The Late Late Show will have two of our favourite Irish women leading the line-up.

Both Pippa O'Connor and author Louise O'Neill will be on the show. Judging by Louise's tweet ahead of the show, it could prove for an interesting watch.

Read this and then watch me on the Late Late tomorrow night. Currently hoping I can talk ad nauseam about female sexuality (and why insisting on an orgasm EVERY SINGLE TIME is a feminist act) but let’s see what kind of mood Ryan is in. https://t.co/WwtXf012ou 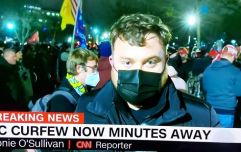 END_OF_DOCUMENT_TOKEN_TO_BE_REPLACED

Following the success of her book Asking for It, which explores rape culture in Ireland, she has now turned her attention to obsessive love in her new book Almost Love.

She will join Ryan on Friday night to discuss the inspiration behind her new novel and what it is to be a feminist in Ireland today.

Meanwhile, Pippa will be on the show to chat about how she branched into the luxury home accessories market, while maintaining a hugely successful business with the help of social media.

Joining the two women is presenter Brendan O'Connor, who will be on the show to chat about his own show Cutting Edge and we're told, by producers of the show, "he'll also be discussing some of the issues, both serious and not-so-serious, that have been exercising him lately".

Also on the show will be the people taking on this year’s Late Late Show Antiques Challenge and Ryan will meet some of the people taking part in a Memory memorial cycle in honour of the Irish Coast Guard members who tragically died while on duty.

Girls With Goals || Her · Ep.154: Scholarship Squad Take 2 - Smurfit alum Grace Milton
popular
'They're Dead To Me Now' - Kate And Oliver Hudson Have Been Disowned By Their Father
It's a Sin: Bump Channel 4's latest drama to the top of your watch-list
Someone has ranked the penis size of men from all over the world
Sex dreams: What do they mean and why do we have them?
Kourtney Kardashian and Travis Barker are officially dating
Reality TV show One Night With My Ex starts on Irish TV tonight
Police called to "illegal rave" in UK to find pensioners queuing for vaccine
You may also like
4 days ago
Toy Show's Adam's 'A hug for u' to light up city centres tonight
3 months ago
Here's the lineup for tonight's episode of The Late Late Show
4 months ago
It's Friday, which means we've got the lineup for this week's Late Late Show!
4 months ago
Domhnall Gleeson is on The Late Late Show this week
1 year ago
There were some lovely tributes to the genius of Shane MacGowan on The Late Late Show
1 year ago
The lineup for tonight's Late Late Show is a very interesting one
Next Page