The trailer for Daisy Edgar Jones' latest thriller will make you feel like a weight has been lifted when it comes to your own dating life considering what she endures in this film.

The Normal People star is making her come back to the big screen as she stars in Fresh, a thriller that premiered at the 2022 Sundance Film Festival in January.

END_OF_DOCUMENT_TOKEN_TO_BE_REPLACED

Showing us just how scary the world of online dating can be, Daisy's character Noa is about to steer clear of love for good after a heap of bad dates when she meets Steve, played by none other than Sebastian Stan.

The pair head out on a date, with Noa completely infatuated by Steve and ends up going away with him for the weekend.

Her friend is concerned by her feelings for the "shady" man when Noa says he doesn't have social media and honestly, big red flag in 2022. 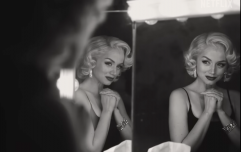 END_OF_DOCUMENT_TOKEN_TO_BE_REPLACED

And her intuition was right as things only get worse from there as Steve gets only more creepy during their trip, with the trailer showing him asking her to "give herself over" to him and "becoming one forever."

It gets even darker when Noa wakes up and asks what's happening, to which Steve replies: "I’m going to tell you but you’re gonna freak out."

The room begins to spin and Noa, clearly terrified, says: "No, this isn’t happening", with Steve responding saying, "Yeah, it’s happening. No games, that’s what you wanted."

And from the poster for the film, we can take a guess at what happens next as it shows a woman's hand packaged as if it was a few chicken fillets.

Thankfully, we won't be waiting too long before we get to see exactly what unfolds here as Fresh drops on Disney+ on March 4.

popular
Hang on, Tasha and Coco know each other already?
Tonight's episode of Love Island will be extended due to "explosive" recoupling
One Tree Hill star Bevin Prince’s husband dies after being struck by lightning
Hang on, is Boris Johnson entering the Love Island villa tonight?
Reports of image based sexual abuse involving 200 women investigated by Gardaí
WATCH: Gemma is left fuming in tonight's Love Island as Luca kisses another girl
Love Island: Mollie's family issue apology following allergy comments
You may also like
1 month ago
Pirates of the Caribbean creators not ruling out Johnny Depp's comeback despite trial
2 months ago
Everything we know about the Fatal Attraction reboot
2 months ago
Johnny Depp to return to big screen for first time in three years for new film
2 months ago
A Hunger Games prequel is coming to cinemas next year
2 months ago
Everything we know about a possible Derry Girls movie
3 months ago
WATCH: The trailer for Where the Crawdads Sing is here
Next Page