A set of 46-year-old twins in America have not spent more than 30 minutes apart in the last 15 years, even going so far as to match their food intake to ensure that they stay the same weight.

Amy and Becky Glass from Los Angeles share everything, including a Facebook profile, a bedroom, a mobile phone and a business.

According to the Irish Mirror, the pair are so eager to stay looking the same as each other that they wear the exact same outfit every day in slightly different colours and "have measured out every bite of food and sip of drink using scales and measuring cups for 19 years, to ensure their body-shapes and weights stay the same". 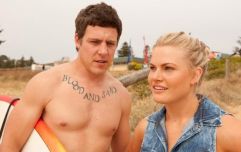 Former Home and Away actress Bonnie Sveen is pregnant with TWINS

END_OF_DOCUMENT_TOKEN_TO_BE_REPLACED

"We go bite for bite - and we warn each other when the last bite will be so we know when the other is full. If Becky doesn't want dessert, I won't have it. We either talk each other into it or out of it," explained Amy.

“At one point, I weighed a little bit more than Becky, so people would say that I was the bigger twin and we hated it. We decided to go on diets and we have both weighed the same weight ever since." 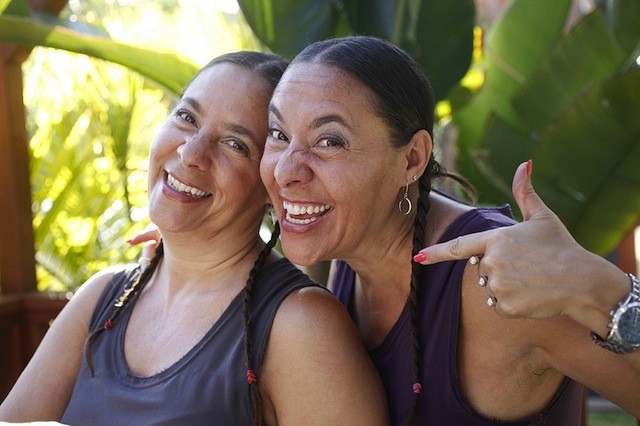 In fact, they are so close that they once even shared a boyfriend and have said that they are no longer interested in relationships as they feel like they are married to one another.

"He was the one guy that both of us had sex with. As twins with a connection, we kind of just knew instinctively who was in the mood that night. We never felt jealous of one another, because he would never choose between us."

"We thought about adopting a child and raising it together but we quickly decided against it. We love to travel and it's just too big of a responsibility. We don't want to get married because we don't have to answer to anybody. We have the same path in life - it's like we already have a soul mate with each other. We say we have a deal with God, he's taking us both together, at exactly the same time."

popular
Worried about a loved one? Here are 5 signs of suicide to look out for
FBI reveal that Brian Laundrie is responsible for Gabby Petito's death as they discover notebook
And Just Like That... episode 8: Nobody saw this one coming
A clip has resurfaced of Machine Gun Kelly discussing a teenage Kendall Jenner
Emmerdale actors Max Parker and Kris Mochrie announce engagement
Lisa Fallon praised as she opens up about terrifying ordeal on Late Late
Seems sudden? This is why the restrictions have completely lifted this soon
You may also like
2 weeks ago
Twins end up being born in different years despite only 15 minutes between them
2 weeks ago
French TV star twins die from Covid-19 only days apart
2 months ago
Leigh Anne Pinnock says she won't reveal names or gender of her twins
4 months ago
Ashley Graham tells fans she's expecting twins in touching video
4 months ago
Twins conjoined at the head separated after 12-hour surgery
5 months ago
Formerly conjoined twin gives birth at hospital where she was separated from her sister
Next Page