This Photo Is The Cutest Thing On The Internet Today

A touching photo uploaded to Reddit shows the awe inspiring moment a 92-year-old Great-grandmother, meets her 2 day old Great-Granddaughter for the first time. 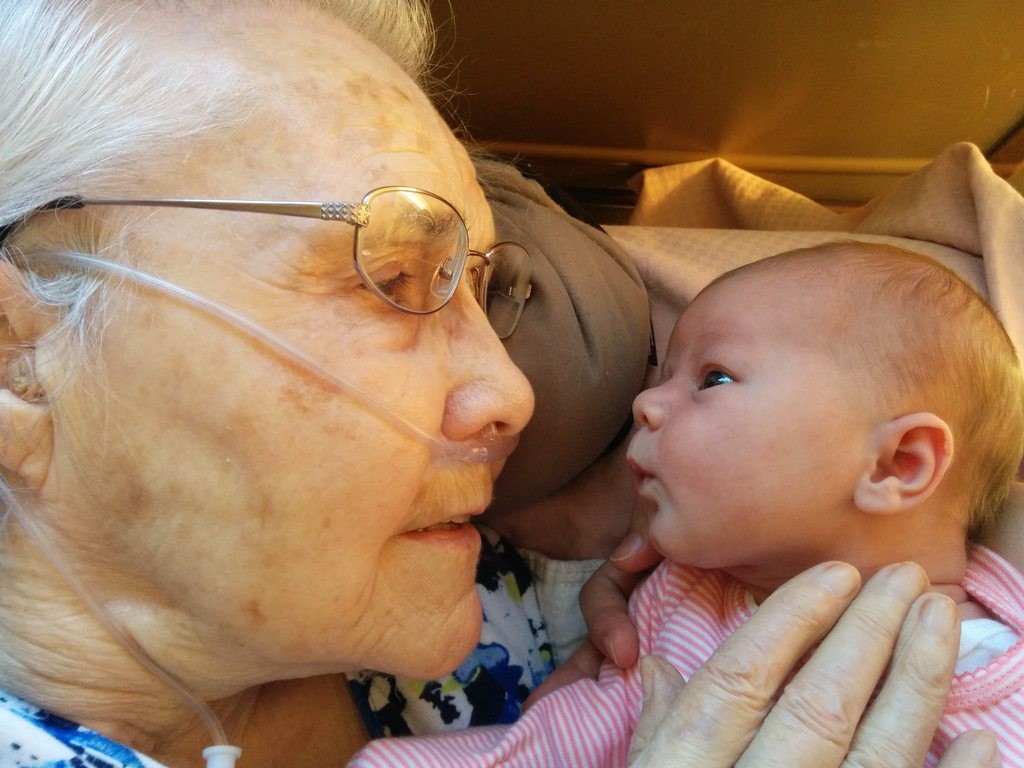 User Fishtails has elicited a passionate response with other users commenting their own stories of generational meetings. 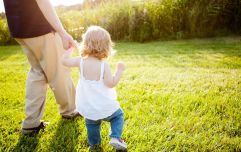 END_OF_DOCUMENT_TOKEN_TO_BE_REPLACED

One user, iamspartasdog wrote about his daughter London, named after the place that his grandfather — despite his severe Alzheimer's disease and dementia — always recalled with smiles.

"At about four months old [London] sat on [her great-grandfather's] bed with him in hospice and he told her all kinds of stories, and they looked at pictures together," he wrote. "Not many of the stories made any sense to my wife and I, but he was unbelievably happy, and so was London."

He continued, "Grandpa looked at both my wife and I and said "thank you!", we said our usual goodbyes and left to go get dinner and when we came back, grandpa was already in bed for the night. ... He never woke up the next morning. I firmly believe that he decided that he could go on a happy note."

It seems the child in the original photo is fated for Internet stardom. Months ago mother Jen uploaded this video of her daughter’s ultrasound which has since received over 8 million views.

popular
Late Late Show viewers are not happy with Ryan's questions for Billy Connolly
10 items from Zara for the perfect autumn capsule wardrobe
Apparantly, there is one colour you should never wear at a job interview
Friends actor James Michael Tyler has died, aged 59
Friends Star James Michael Tyler Files For Divorce
15 brilliant stocking fillers we are picking up from Penneys before they sell out
Dublin bridal shop donates their dresses to Barnardos every year
You may also like
1 day ago
Cinnamon rolls baked in a waffle maker might just be our favourite new food trend
2 days ago
WATCH: Parents see person walk past daughter's crib in creepy baby monitor footage
6 days ago
TikTokers are using lube as primer in the latest viral beauty hack
1 week ago
The internet can't get over this picture of Tommy Fury with his brother Tyson
1 month ago
The 'secret' Zara label signs that'll apparently help you get the right size every time
1 month ago
TikTok shows just how extreme Irish dads can be
Next Page