It can only mean one thing. No, not leaves falling off trees, the changing seasons or scarves being back on sale. Autumn only points to one thing and one thing only - the return of the PSL.

Or, as she is more commonly known, the pumpkin spice latte. 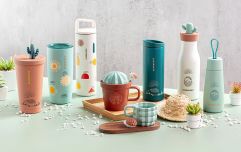 END_OF_DOCUMENT_TOKEN_TO_BE_REPLACED

And while the vast majority of the population are all about the overpriced sugar syrup based coffee purely for aesthetic reasons, we're not really all that invested in the hype (it's no eggnog latte, are we right?).

So in order to refute the ever-growing popularity of the PSL, we've decided to put together a comprehensive list of things that definitely taste way better than the nation's (Caucasian girls') favourite coffee*.

What happened to just wanting some coffee and some milk and going about your day?

Why does the humble pumpkin - icon of Halloween and cultivar of squash - need to get involved? When did it become acceptable to equate a sugar-based syrup with a delicious fruit? 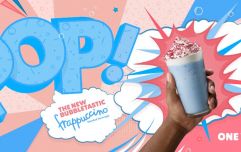 END_OF_DOCUMENT_TOKEN_TO_BE_REPLACED

2. That lad you swiped right on on Tinder last night

He won't reply to your messages, but you matched girl, and that's enough.

There's pulp there and it's all settled at the bottom of the glass, but you know what lads, it's still drinkable. 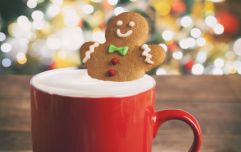 Bah-humbug! We're consuming a LOT of calories when sipping on festive coffees

END_OF_DOCUMENT_TOKEN_TO_BE_REPLACED

The best of all the Doritos flavours, let us confirm.

And sure a bag of these boys won't exactly wake you up in the morning but they're about half the price of of a PSL and you won't even need to Instagram it so they're a decent enough shout.

5. Those green tea frappuccinos that Starbucks do sometimes

This piece does not exist to body Starbucks.

Rather the contrary as the popular coffee shop chain sell a plethora of drinks that are simply more delicious and better value than a pumpkin spice latte.

The above beverage is one of them, just saying.

6. Left over cold pizza feat. garlic dip that has a bit of a skin on

Don't even pretend for a second Karen that your obsession with the PSL has anything to do with actual pumpkins. It doesn't.

You've probably never cracked open one of the authentic orange lads because let me tell you - they do not taste like pumpkin spice lattes. If they did, you would not want that shit in your coffee.

9. The taste of revenge as the lad who ghosted you only gets 7 likes on his latest Instagram

Who's a bit much now, Conor?

*Disclaimer: we're all obsessed with pumpkin spice lattes and despite this rather cutting list, will continue to purchase them every day before work, thanks.

popular
Women are rinsing their hair in apple cider vinegar – and the results are amazing
Toddler dies after being struck by vehicle in Co. Cork
New photo of Bernadette Connolly released as investigation continues
Clubbers left "bleeding from their mouths" after accidentally drinking shots with caustic soda
Orange is the New Black and Seinfeld star Kathryn Kates dies aged 73
"Hair contouring" is about to be huge, here's everything you need to know
Gardaí find "no evidence" of needle spiking in Irish nightclubs
You may also like
1 year ago
Starbucks' latest ad is a powerful leap forward for transgender visibility
2 years ago
The limited edition Starbucks Christmas drinks are here, and they sound delicious
2 years ago
The Phantom Frappuccino is the Starbucks Halloween special for 2019, and it's pretty strange
2 years ago
Here's how to order Starbucks' Pumpkin Birthday Cake Latte
2 years ago
The Cinderella Latte is the dreamy Starbucks drink you need to try this autumn
2 years ago
PSA: Pumpkin Spice Lattes are returning to Starbucks in less than a week
Next Page