A botanist has criticised clean-eating bloggers for sharing photos of food with "toxic flowers" on them.

The image of a chia pudding was shared on Instagram and, according to botanist James Wong, included a toxic flower as a garnish.

"Another day, another ‘clean eating’ instagramer posting images of toxic flowers on food.

"It may not contain dairy or gluten *gasp* but it does contain the toxic plant alkaloid, lycorine. 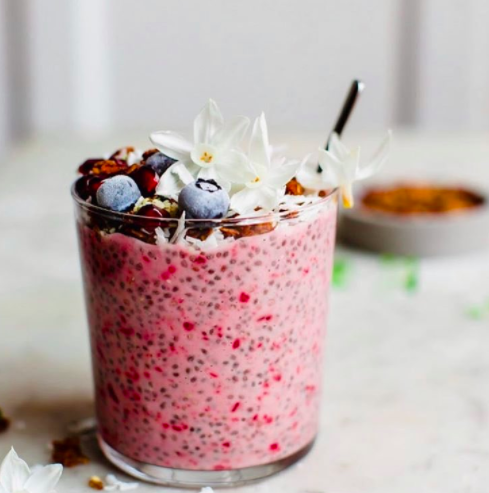 Wong went on to say that, as a rule, "if you are not 100 percent sure that something is edible, just don't eat it."

"If it’s a staple eaten for centuries, which you don’t have a diagnosed medical intolerance or allergy to, it’s probably safe."

Wong is a botanist, science writer, and broadcaster, whose work has appeared in The Guardian, on BBC2, and in the many books he has written on diets and plants.

... So it's probably fair to go ahead and say that he knows what he's talking about.

However, some Twitter users remained adamant that the flowers were totally safe and not toxic at all.

They told Wong this, who then replied with just one question: "You do know you're talking to a botanist, right?"

It’s not a drink. The toxin is water soluble & the pudding is mainly water. You don’t know what the flower even is. You know you are talking to a botanist, right?

Wong's original tweet has since been shared almost 2,000 times, with 3,400 people liking the criticism.

Others simply took it upon themselves to joke that the 'toxic flowers' were probably how the Instagram user planned to detox.

Perhaps that's how they plan to "detox" their systems ???

Let me die then. It looks so good dou.